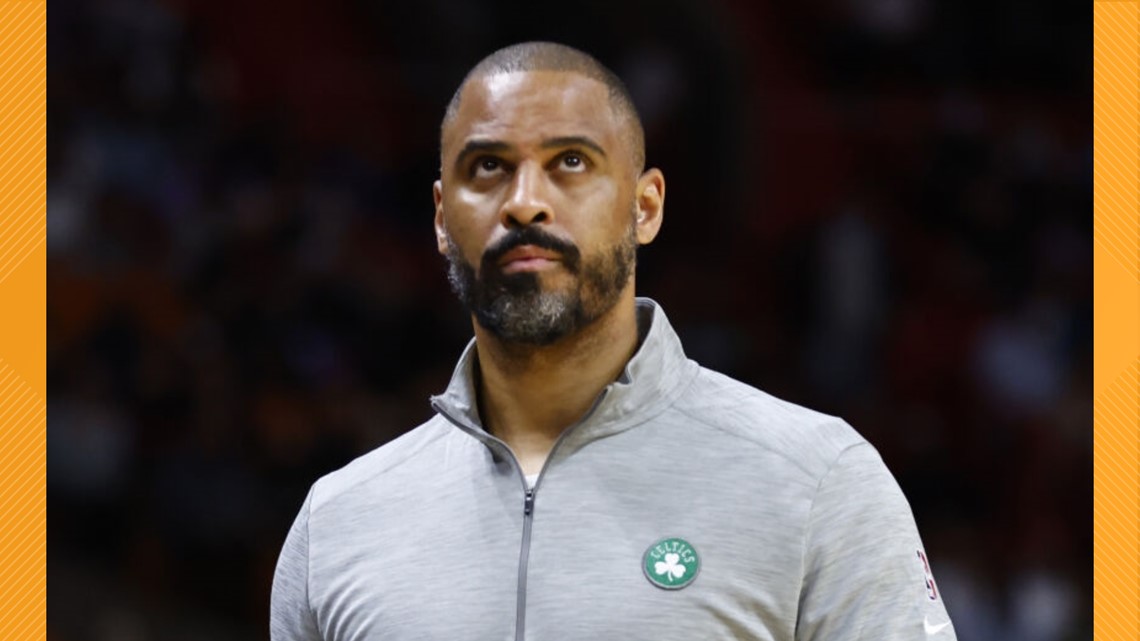 Here’s the latest news surrounding the Silver and Black.

SAN ANTONIO — The San Antonio Spurs and the rest of the NBA are winding down the offseason, but here’s some Spurs news and notes you may have missed.

He reportedly violated Boston team policy and an official announcement could be made by today.

Boston Celtics coach Ime Udoka is likely facing a suspension for the entire 2022-2023 season for his role in a consensual relationship with a female staff member, sources tell ESPN. A formal announcement is expected as soon as today.

Be sure to tune in this week to find out how to win.

This week’s @LockedOnSpurs fan giveaway is courtesy of @ChunkyFlamingo . They are donataing $50 worth of Chunky Flamingo Apparel for one winner. Find out how to win on this Fri’s episode of LOS. #porvida #nba #gospursgo #SanAntonio pic.twitter.com/922etAm6YV

RELATED: ‘My journey is not by mistake’ | How Becky Hammon became a champion head coach

RELATED: Catching up on Spurs news and talking NBA 2K League with pro-player from San Antonio | Locked On Spurs

“I’m glad I got to give them some tips and welcome them to my world.”
– Former NFL and UT Football Player, Kenny Vaccaro, on introducing the @spurs to his Esports Organization @g1official 🎮 pic.twitter.com/T19VSCNvsJ

SPURS WANT YOU TO REGISTER TO VOTE

Spurs Give is urging all to get out and register to vote. They’ve provided a link with all the information you need.

SOCHAN AND RICHARDSON BOND OVER SOCCER

Rookie Jeremy Sochan and Josh Richardson are going to have a great friendship as the pair are Arsenal Football Club.

Here’s Richardson telling Sochan he approves of his soccer kit.

Art is a big Spurs fan and recently mentioned on Twitter he will be going to the Spurs game at the Alamodome this upcoming season.