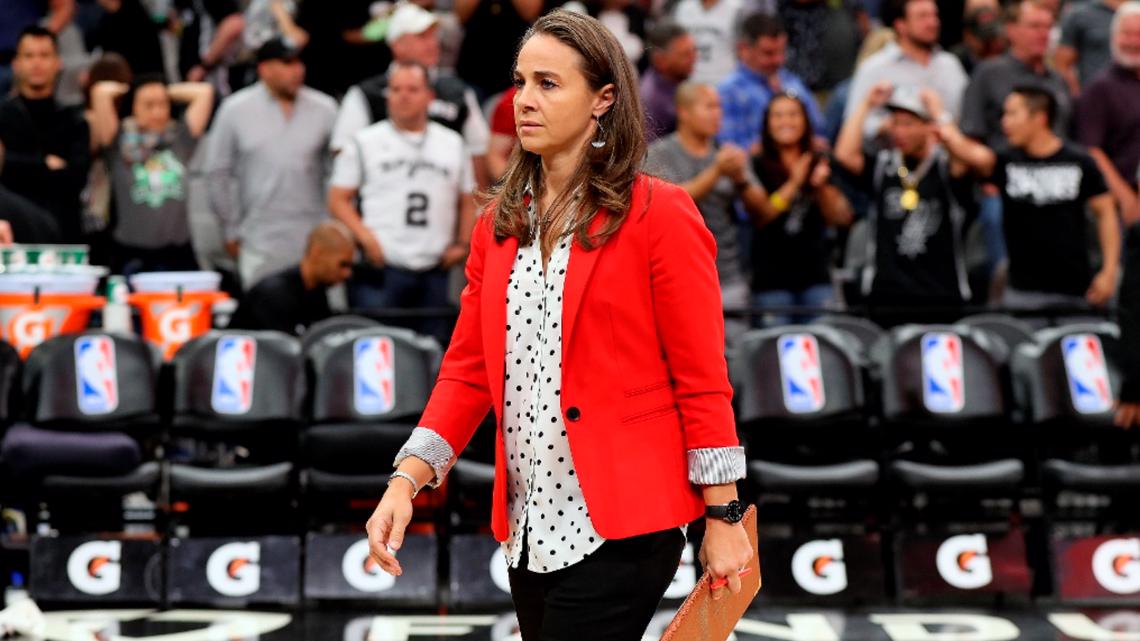 A Spur is celebrating his birthday and more in this Spurs news roundup.

SAN ANTONIO — The San Antonio Spurs and the rest of the NBA are well into the offseason, but here’s some Spurs news and notes you may have missed.

KELDON JOHNSON GIVES BACK TO HIS HOME

Spurs’ Johnson recently went back home to Virginia to host a basketball summer camp with family and friends.

And from the looks of it, it was a success and meant the world for Keldon!

Going back to where it all started 🙌

Take a trip back home to Virgina with Keldon Johnson as he hosts a basketball summer camp alongside his close family and friends in his 𝐒𝐩𝐮𝐫𝐬 𝐒𝐭𝐨𝐫𝐲 pres. by @FrostBank.
All new Spurs Story drops this Friday! pic.twitter.com/g8s9eiKJYI

Be sure to tune in to find out how to win.

The next @LockedOnSpurs off-season fan giveaway is courtesy of @FThssa . They donated a $100 gift cert for one winner of the next LOS giveaway contest. Listen to this Friday episode of LOS to find out how to win 👍👍 . #porvida #nba #sanantonio #GoSpursGo pic.twitter.com/ZL1z8WVeEk

A few members of the team soaked in all San Antonio has to offer and made their way to Hemisfair grounds recently.

BECKY NEEDS ONE MORE WIN TO BE A CHAMPION

The Aces are up 2-0 against the Sun and tonight is Game 3. Fans can watch at 8:00 P.M. CDT against Connecticut.

The @LVAces are one game away from being crowned #WNBAChamps ‼️

Las Vegas takes a 2-0 lead in the #WNBAFinals presented by @YouTubeTV 👏#MoreThan pic.twitter.com/XqALKUl2AC

THE ALAMODOME WANTS YOU TO MAKE NBA HISTORY

I think the folks over at the Alamodome are giving you a “small” hint about packing the Dome next season to chase the NBA record books.

LET’S MAKE HISTORY SAN ANTONIO!
The current NBA record for attendance at a regular season game is 62,046. The Alamodome will be set up to hold 65,000 fans for the “Back Home in the Dome” game on January 13, 2023. Come on out to show your Spurs spirit!

Eugene is a big Spurs and a San Antonio Educator. He recently said he and his wife will definitely be at the Alamodome for the Spurs’ throwback game next season.

Two, Lovely Wife and I will represent!