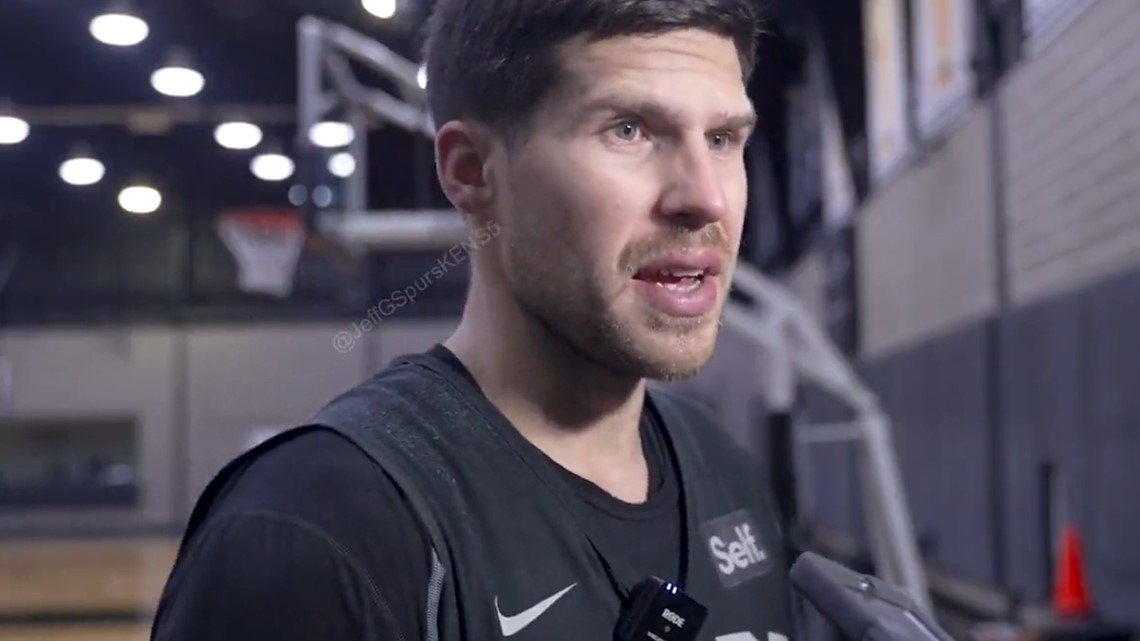 SAN ANTONIO — The San Antonio Spurs returned to the practice court after a couple of days off before their game against the Thunder.

Following practice, Isaiah Roby and Doug McDermott spoke on several topics including the team’s recent outing to see the movie “Till,” thoughts on the Spurs rebuild, and much more.

Here’s what the Spurs had to say courtesy of the Spurs.

“A lot of my old teammates are there, obviously,” Roby said about facing his former team the Thunder. “As far as a rebuilding thing, I think both places do a really good job at letting players explore their game.”

He also talks about working on his three-point shot.

“I think it’s just a matter of communication,” McDermott said about the team’s transition defense. “We just got to speak up. We got a lot of young guys that haven’t played a ton of minutes in the league. It’s important we’re all on the same page.”

He also spoke on the team rebuild and the team going to the movies to watch “Till.”

The Spurs will face the Thunder Wednesday night on the road.