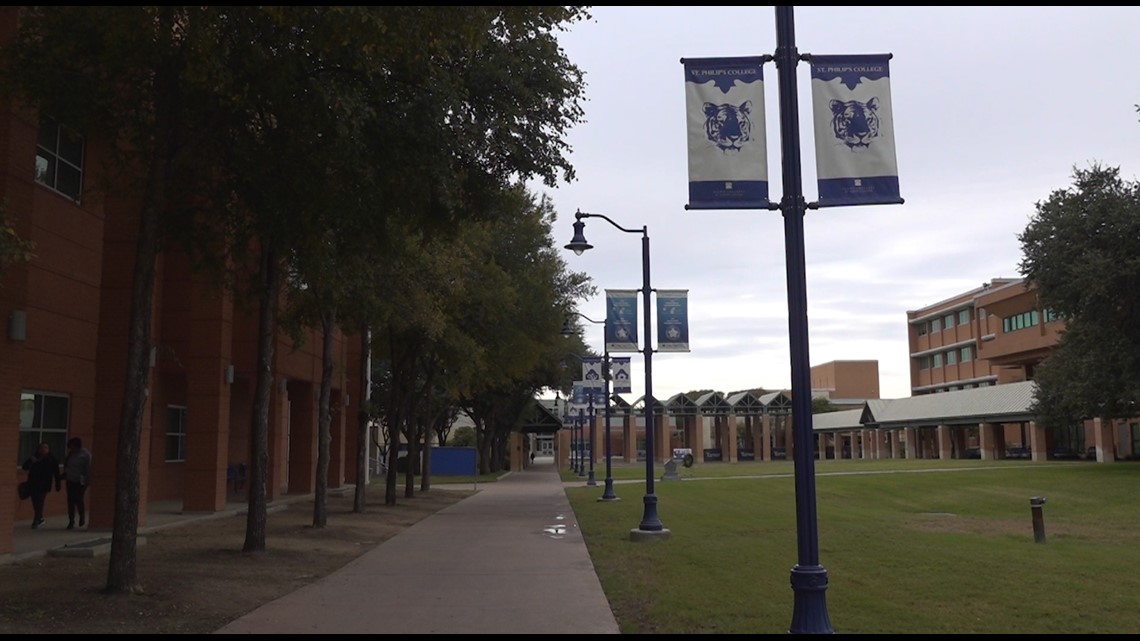 A St. Philip’s College spokeswoman said the college now has a suspect after being vandalized multiple times.

SAN ANTONIO — St. Philip’s College has been vandalized twice since Tuesday. As of Friday evening campus police have a suspect.

“A suspect was ID’d based on camera footage and our police department is pursuing charges,” spokeswoman  Adrian Jackson said via email.

The college is not naming the suspect at this time.

Jackson, the Director Strategic Communications, told KENS 5 they found graffiti on two different walls and some of that graffiti included a racial slur.

Faculty also found objects knocked around at the front library desk in the Center for Learning Resources.

Faculty weren’t happy, but the graffiti was cleaned up and they had hoped that was the end of it.

“We notified the people that were involved with it, but there was no indication it was a serious event,” Jackson said.

Then, on Thursday morning, faculty found the Center for Learning Resources damaged once again.

The Turbon Student Center was also damaged by vandals and staff had to clean up broken glass.

Both buildings were briefly closed but then reopened Friday morning.

Jackson said the campus has cameras and other security measures. She latter said the cameras were used to ID the suspect.

Jackson told KENS 5 the college understands if some of their faculty are distressed after seeing their workplace damaged.

She said counseling services are available at the campus and some faculty have already met in a group to share concerns.

KENS 5 will update this story if new information about the suspect becomes available.