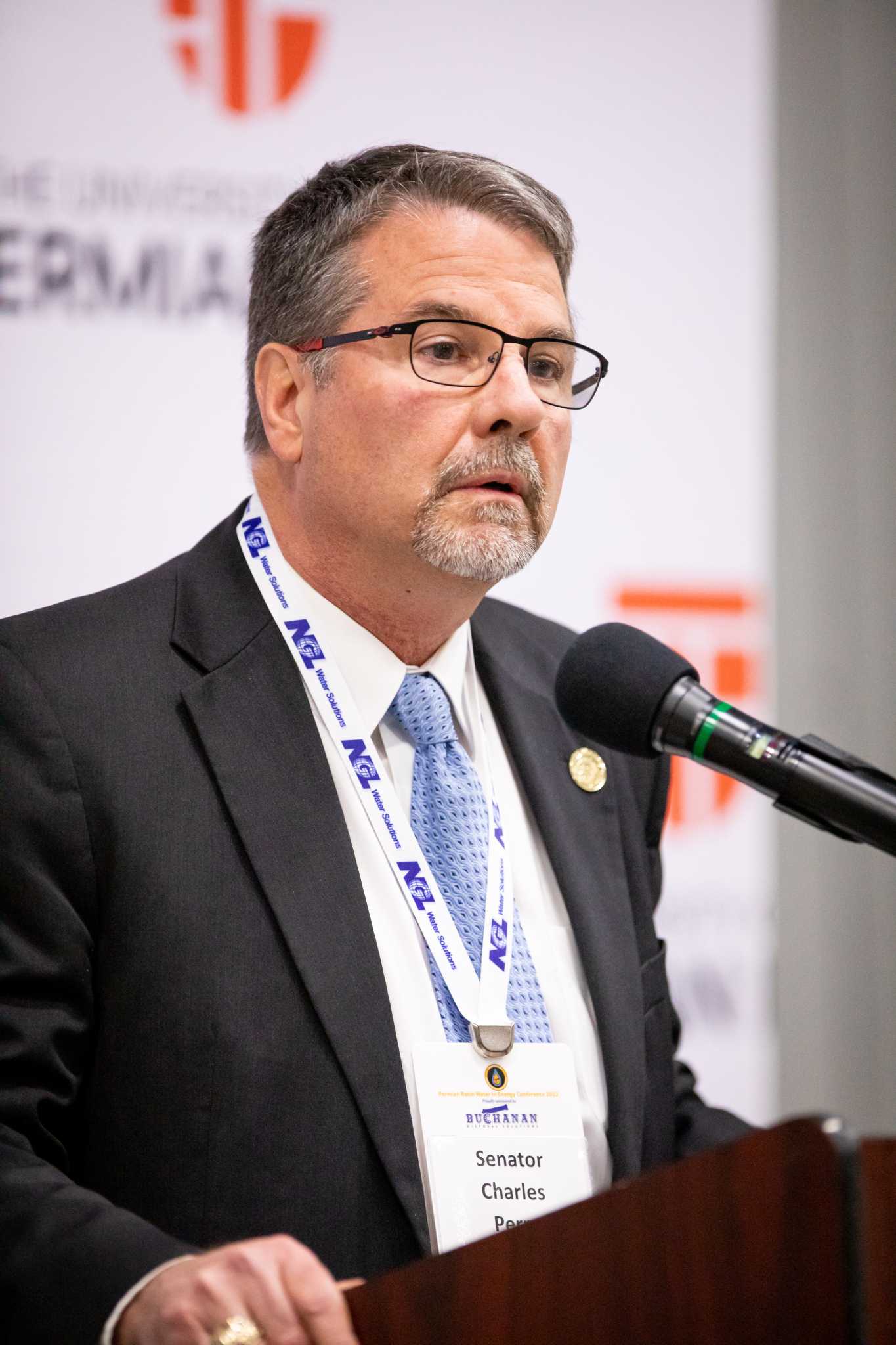 As a state senator, Charles Perry is aware of the importance of water to the agricultural interests in the Lubbock area he represents.

That conversation needs to move beyond conservation – which he said Texans are doing well at – to include sourcing new supplies.

West Texas has been suffering from drought this year, with portions – including Midland and Ector counties – falling into the most extreme of the five categories this summer. Perry noted that the last time he authored water legislation was after the 2011 drought. “What do we say in the legislature? Don’t waste a crisis,” he said. Drought is not going away, and the state needs to develop new sources, he added.

That is why he authored legislation, with companion legislation authored by State Rep. Dustin Burrow and signed last year by Gov. Abbott, creating the Texas Produced Water Consortium. As required by the law that created it, the consortium has submitted its report to legislators.

What is needed now, the report said, is funding for pilot projects to provide proof of concept that the produced water can be treated economically.

Perry said it has been shown the technology exists to clean produced water, even to potable standards for municipal use. But is that technology scalable to the extend it can provide large amounts of water? And what is the cost of treatment, can how can that cost be recovered to make the effort profitable? Those questions are what the pilot projects must answer.

“We have 13 million barrels a day of produced water from the Permian Basin. If we can recover a fraction of that, that would be about 250,000 acre feet for municipal and other beneficial use,” Perry said. Overlooking that source “is not an option, in my book.”

The state senator predicted his fellow legislators are willing to back those pilot projects in the upcoming session, especially given the “overheated” budget with significant amounts of extra funds to go toward such efforts. He agreed that much of those excess funds have come from the record oil and gas production taxes paid by the state’s producers.

“Water should be first and forefront,” he said. “I think you’ll see a real desire (from legislators) to fund these projects and I hope we can put into action what the pilot projects find in a couple of years.”

Said Perry, “I look forward to being able to look people who want to move to Texas in the eye and say we have addressed water issues.”