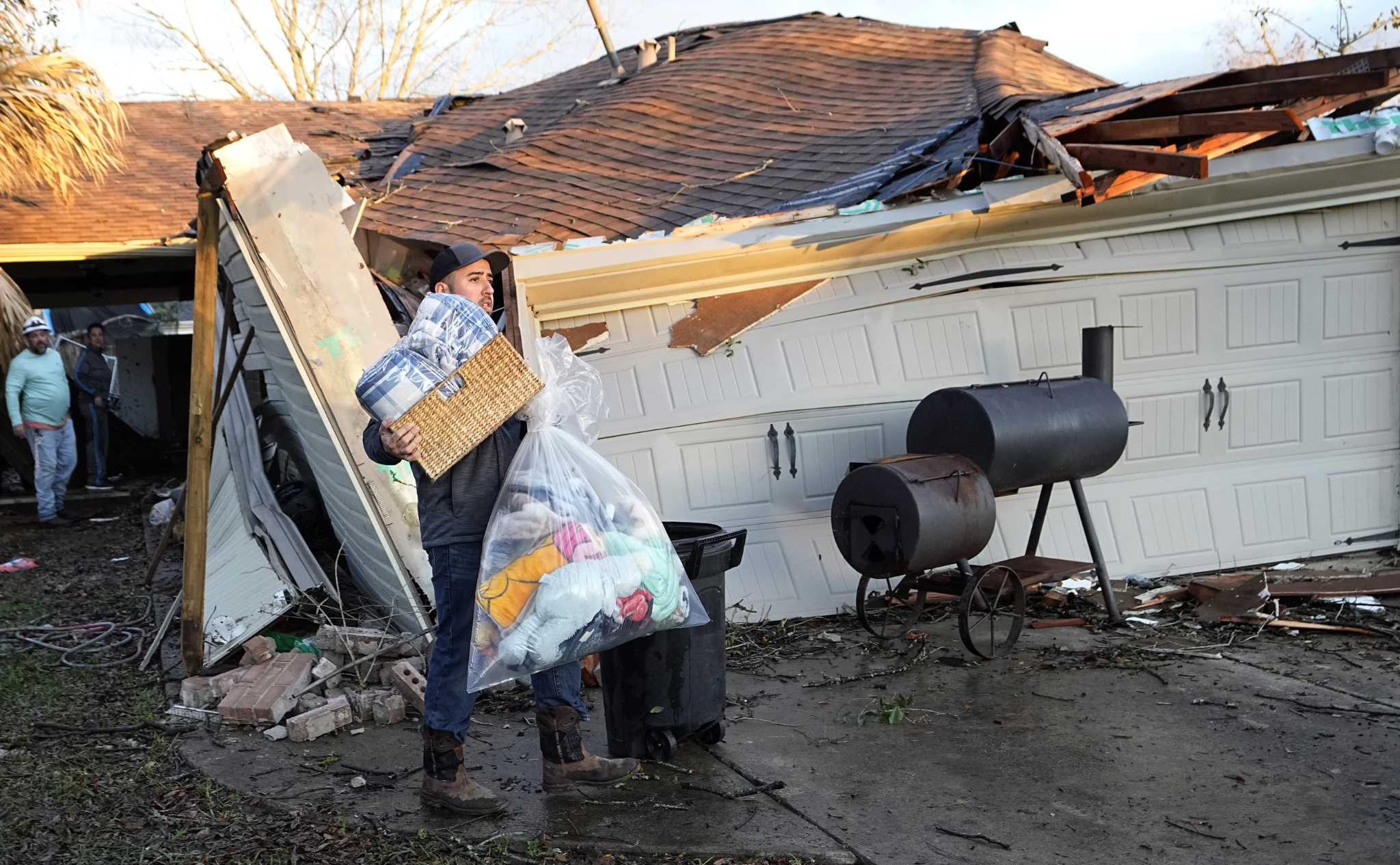 The Houston-area cities of Deer Park and Pasadena are in the midst of cleaning up damage and destruction left in the wake of tornadoes and severe storms that hit the area on Tuesday, January 24. Videos posted across social media show extensive damage to commercial buildings, utility poles, and homes.

One storm chaser from Alabama, Brad Arnold, caught a harrowing video of a “large wedge tornado” barreling across Hwy. 73 just outside of Taylor Landing, south of Beaumont, during a livestream on Tuesday afternoon. In the video, the storm chaser is heard saying “Hold on. It’s going to get wild,” as the wind roars against their truck’s windows.

At one point, several cars speed past Arnold’s vehicle as the tornado nears the edge of the highway.

Watch the up close encounter with tornado below.

Devastation in Deer Park and Pasadena

Photo and video of the damage caused by Tuesday’s tornadoes are circulating around the internet. One user, Jayden, posted photos of the destruction  to Twitter saying, “Deer Park is down.”

The photos show businesses with shattered windows and heavy debris strewn throughout parking lots and streets. Another photo shows what appears to be an entire brick wall ripped from an apartment complex.

Deer Park is down pic.twitter.com/Fe11JXBZOq

Another video, from TikTok user Hailey, shows branches scattered outside the front door of her Deer Park apartment. She then makes her way to the back door of her apartment to show that it is completely blocked by a larger tree branch responsible for destroying her patio’s fence.

The National Weather Service in Houston confirmed Wednesday morning, January 25, that at least one EF2 tornado touched down in the Deer Park, Pasadena, and Baytown areas.

NWS Houston survey teams can confirm at least EF2 damage so far in SE Houston. We will continue to provide additional updates as our meteorologists continue to conduct surveys today. #houwx #txwx

In Pasadena, photos posted to Facebook show the local animal shelter was destroyed by the tornado. Nonprofits are currently asking locals to fill out foster forms to help take in the displaced animals.

Both Pasadena and Deer Park school districts shut down Wednesday as clean up and outages continue. There were more than 21,000 customers without power in Pasadena and Deer Park as of this morning, Houston station KHOU reports. Another video posted to TikTok shows the moment the power went out Tuesday during the storms.

How can you help?

The Texas Gulf Coast American Red Cross set up a shelter in Pasadena to take in residents displaced by the storm. KHOU reported that some 25 to 50 people were bused to the shelter Tuesday night. The organization is asking for volunteers and to donate to disaster relief at its website.

The Pasadena Salvation Army office is seeking cash or check donations to aid with recovery. Their office can be contacted at 281-785-0098 for more information or needs.

Their phones are currently down but they can be messaged on Facebook. Foster applications can be found on the shelter’s website and monetary donations can be made here.