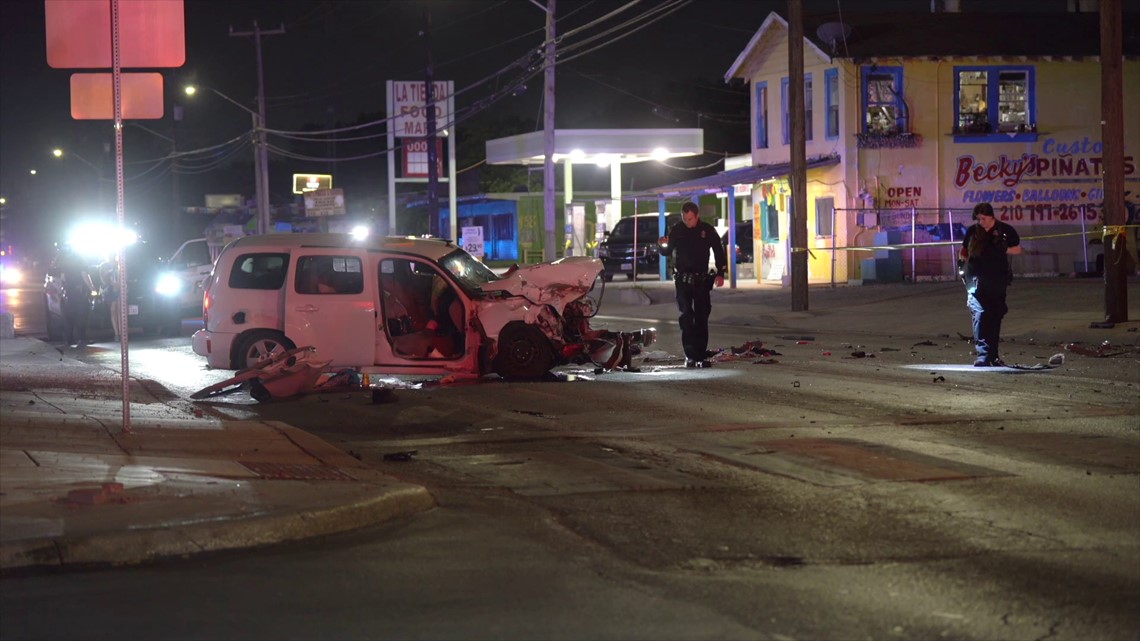 The crash happened at the intersection of Ceralvo at Cupples Road.

SAN ANTONIO — Police say a suspect in a stolen car rammed into a police cruiser, then led officers on a short chase before crashing into another car and injuring two people.

It all started at the 2800 block of Guadalupe when officers spotted a stolen vehicle and attempted to pull it over.

The suspect driving it intentionally rammed into the police cruiser and took off, leading police on a short chase.

The chase ended when the suspect crashed into a vehicle intersection of Ceralvo Street and Cupples Road.

First responders had to cut one of the victims out of the car. Both victims, as well as the suspect, were all taken to the hospital for their injuries.

No word on their conditions.

The two police officers that were inside the cruiser that was hit were treated at the scene for their injuries.

While this incident was under way, a totally separate incident occurred.

A female driver who appeared to be intoxicated drove through the flare line set up by officers and was pulled over. She failed her field sobriety test and was taken into custody suspected of driving while intoxicated.