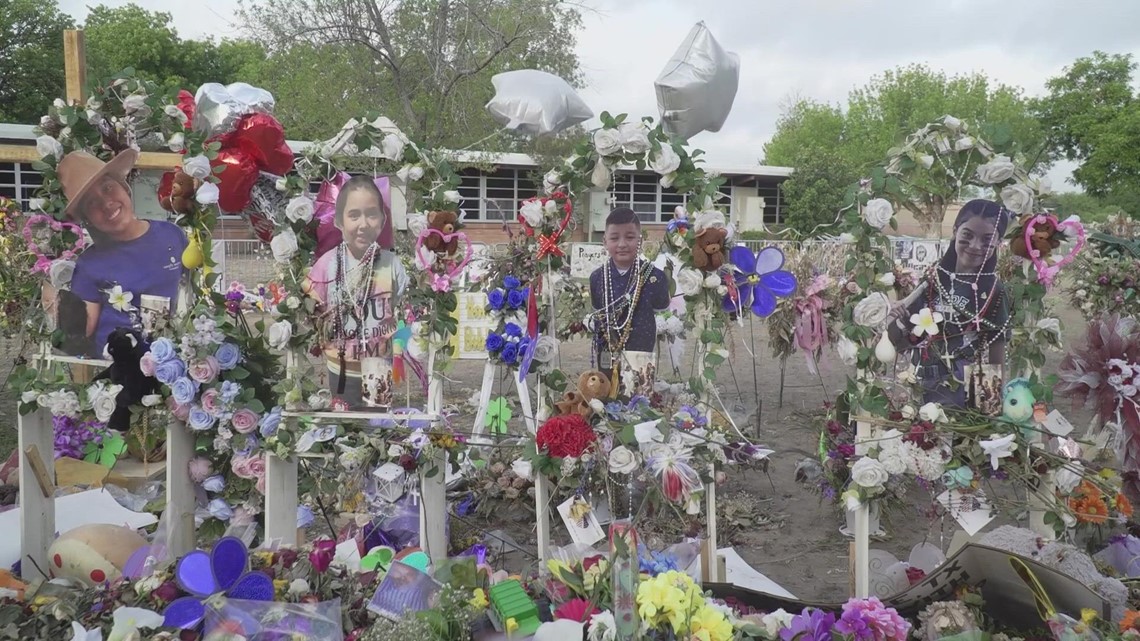 Folks in Uvalde will be getting an update on the new elementary school, including a preview of what it will look like on Wednesday.

UVALDE, Texas — Nearly eight months after the mass shooting at Robb Elementary, folks in Uvalde will be getting an update on the new elementary school, including a preview of what it will look like.

The Uvalde CISD Moving Forward Foundation is the non-profit collecting the funds to build the new school.

It’s important to note the foundation isn’t affiliated with the school district.

This is the second public meeting the foundation has held.

The executive director of the Uvalde CISD Moving Forward Foundation, along with architects from Huckabee Architects will be atthe meeting.

Here’s what we know about the school so far:

Wednesday’s meeting will be open to the public.

The preview of the school will take place from 5 p.m. to 6 p.m. followed by a general presentation from 6 p.m. to 7 p.m.

It will be held at the Weber Auditorium at the Herby Ham Activity Center.

We’ll have coverage of the preview right here on KENS 5.

The foundation is also expected to hold another meeting with the schematic design complete on March 20.

The foundation is still accepting donations.