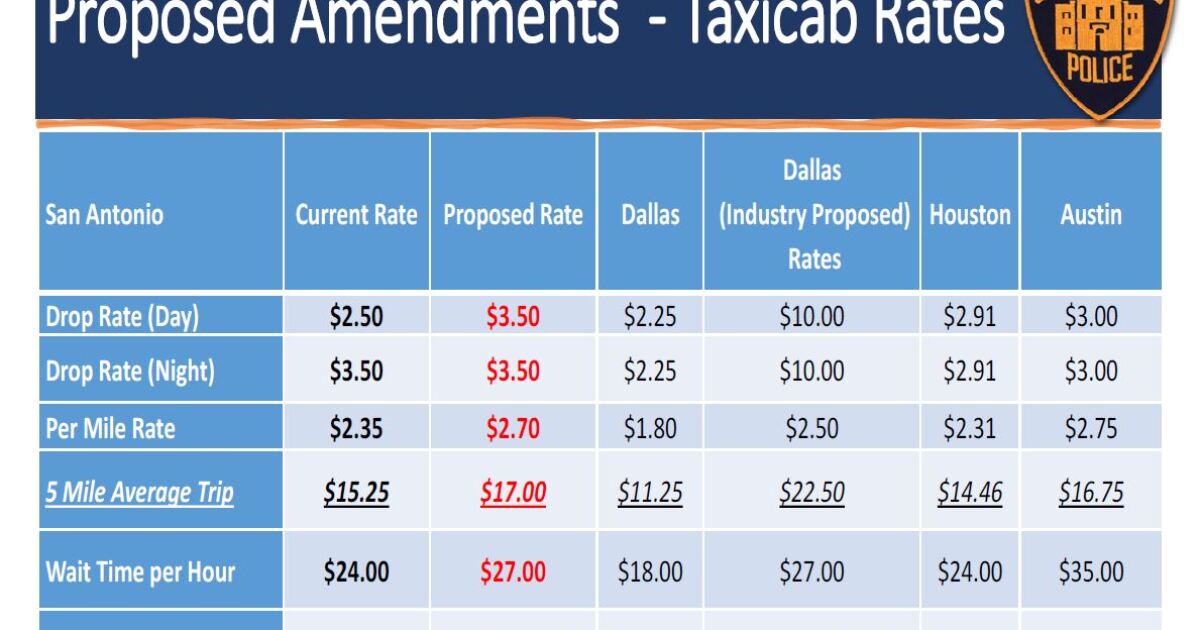 A taxi rate hike came closer to reality on Tuesday when an amendment including it was voted forward to a full council vote to be considered in late October.

The amendment to City Code Chapter 33, passed through the city’s Transportation Mobility Committee on Tuesday, would also add two new categories of vehicles-for-hire, motorbike side cars and electric six-passenger vehicles.

Robert Gonzales, a longtime taxi driver and the operator of National Cab Service who sits on the Transportation Advisory Board (TAB), felt the rate hikes were necessary.

“The drivers submitted a petition because they need help,” Gonzales said. “Seven hundred were put out of business. The industry has lost 85% of the market at the airport to Uber and Lyft.”

On average, the proposed increases were somewhat higher than the taxi rates in Dallas, Houston and Austin. However, Dallas is considering a taxi rate hike that, on average, is significantly higher than what was considered in San Antonio.

Gonzales said it’s important for his industry to survive – not just for drivers and operators, but for consumers too.

“Uber and Lyft will gouge the public right now,” Gonzales said. “They’re charging 59, 80 bucks to these conventioners when the conventions are coming in. … I hear that at night sometimes they charge 100 bucks from the AT&T [Center] to the downtown area. If they’re doing that today, can you imagine what they’re going to do the day they put us out of business completely?”