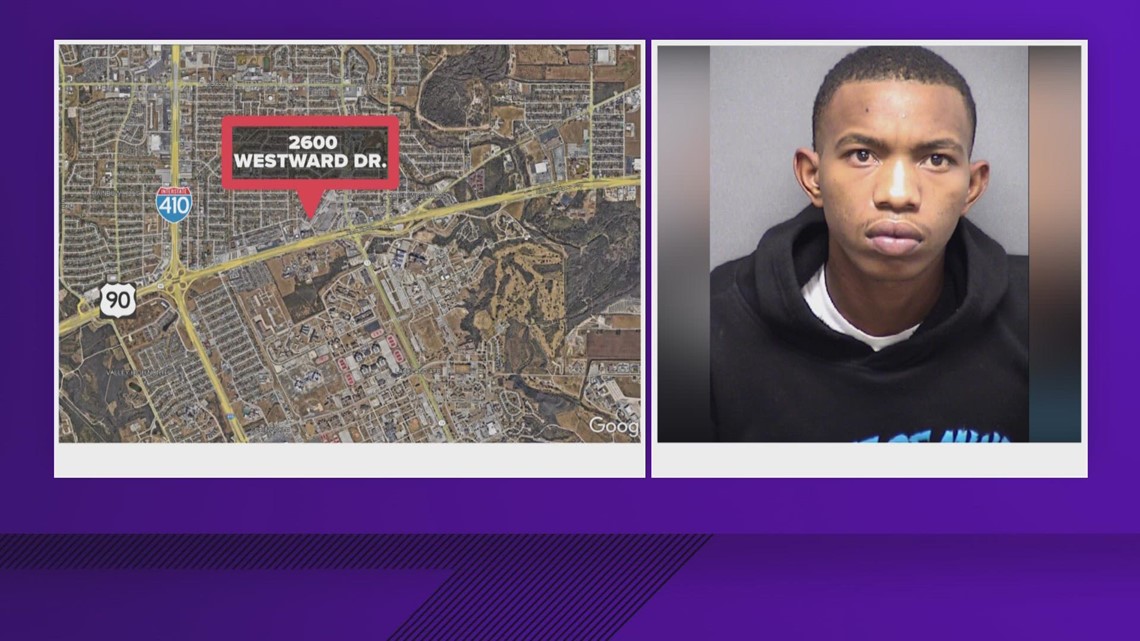 Witnesses told police the suspect and four other men had been terrorizing apartment residents for the last month.

SAN ANTONIO — Almost two weeks after a fatal shooting at a west-side apartment complex, an 18-year-old has been arrested and charged with murder.

Darryl Lamont Love II was arrested on Tuesday in connection to the shooting death of 33-year-old Carlos Madrazo.

According to an arrest affidavit, Love and three other men went to an apartment off the 2600 block of Westward just before midnight on September 8.

RELATED: Police search for four suspects after man shot and killed inside apartment

Witnesses told investigators that all of the men were carrying guns and said they were looking for someone before they started searching the apartment.

That’s when Madrazo, who according witnesses was in the apartment giving someone a tattoo, asked the four men to leave.

According to the arrest warrant, the men got angry and two of them started hitting Madrazo in the face with their guns.

Right after the assault, witnesses told investigators that Love shot Madrazo at least three times, hitting him in the chest, and then ran off.

Madrazo was taken to the hospital but was pronounced dead just 30 minutes later.

Witnesses later told police, according to police documents, they only knew the four men by their street names, but told investigators the four had been terrorizing residents at the apartment complex, and in the last month assaulted and robbed over ten people.

Investigators were able to track down the real names of the four men and witnesses later identified Love as the shooter.

It’s unclear if Love will be facing additional charges for other crimes in the area.