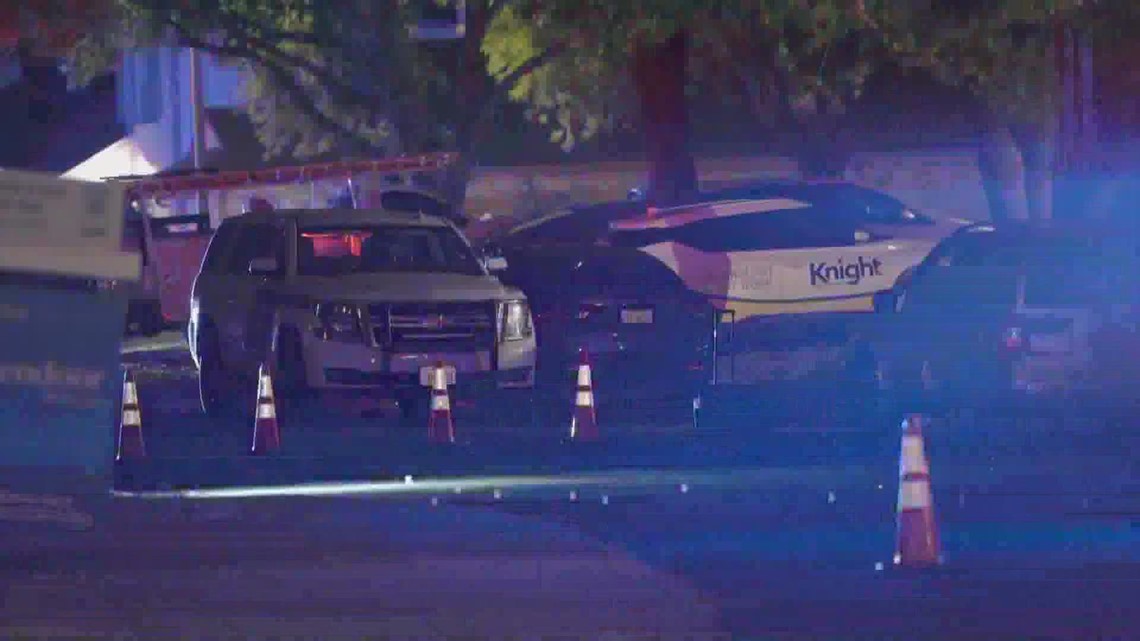 Bexar County Sheriff Javier Salazar said the two teens involved, who are 16 and 14, fired about 100 rounds into a home early Tuesday.

SAN ANTONIO — For the next 10 days at least, two teens will remain in the juvenile detention center after being arrested in connection with a drive-by shooting attack that left an innocent woman dead and another victim with a gunshot wound.

Bexar County Sheriff Javier Salazar said the two teens involved, who are 15 and 14, fired about 100 rounds into a home early Tuesday, then used a stolen car to try to escape from the crime scene on Bald Mountain Drive. On Wednesday evening, the Bexar County Sheriff’s Office said they were charged with murder and aggravated assault with a deadly weapon, having already been charged with evading arrest.

In the juvenile system, the arrested teens are not eligible for bail and will be held until their next detention hearing.

The attack, which unfolded in the Big Country neighborhood near Pue and Marbach roads, literally lit up the night with shots fired from an unknown number of weapons.

The sheriff said deputies on patrol nearby heard the gunfire and saw a stolen car racing away from the area, so they gave chase.

With the assistance of the SAPD EAGLE helicopter, deputies chased the racing sedan about 10 miles east, at speeds reaching 100 mph.

The chase ended east of Highway 151 off Acme Road when deputies said the teens abandoned the stolen car and tried to run away.

After a foot chase through alleyways and yards, the two were eventually detained.

Meanwhile at the original crime scene, deputies found 25-year-old Novita Brazil dead in her home.  They said the woman had apparently been working on her computer when a bullet ripped through her house and hit her in the head.

The sheriff said an Airbnb tenant in the home at the time also suffered a gunshot wound and was rushed to a hospital for treatment.

With regard to moving the investigation forward, a spokesman said today they are examining the stolen car for evidence and they are looking for possible additional suspects.

Sheriff Salazar said sadly, the two women who were attacked were not the intended targets. Salazar said he believes the shooters attacked the wrong house.