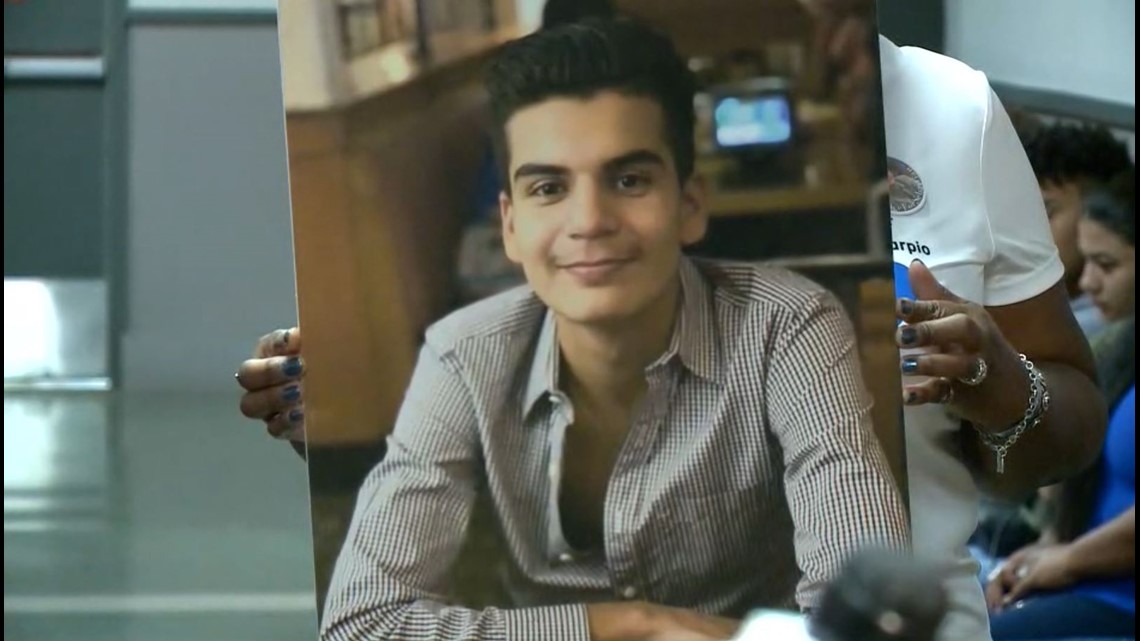 Edgar de la Cruz, 18, was ordered to serve the rest of his sentence after a local mother’s fight against his potential release.

SAN ANTONIO — A teenager convicted of a gruesome murder two years ago is being transferred to an adult prison, where he’s expected to remain behind bars after the mother of the boy he killed fought against a premature release.

Edgar de la Cruz, 18, was convicted of killing 17-year-old Sebastian Carpio in September of 2020. He received a 20-year sentence for manslaughter and a 25-year term for aggravated robbery.

Wednesday’s hearing was set to determine if he would be eligible for adult parole or transferred to serve the remainder of his sentence.

Sebastian’s mother, Ana Maria Carpio, has been fighting for justice after her son’s horrific murder. Wearing a “Justice For Sebastian” pin Wednesday afternoon, she told reporters that her fight wasn’t finished.

“I will have to deal with him again in 12 years when he completes half of his sentence,” Carpio said, while thanking community members for their support. “There has to be a chance to our juvenile justice system. How many other cases are out there (where) families don’t receive justice?”

Days after Carpio disappeared, his body was found stuffed in the trunk of a stolen car after the vehicle was set on fire in a remote pasture of west Bexar County.

Carpio says the vicious nature of the crime is a call for the man to serve the remainder of the terms he was assessed in the adult prison system. She started a change.org petition as part of her campaign to convince the judge to keep de la Cruz from getting adult parole; it’s since received more than 11,000 signatures.

“He showed no remorse for my son’s murder,” the mother said on the witness stand at Wednesday’s hearing.

Now, Carpio says, her attention turns to the other individuals believed to have been involved in the incident.