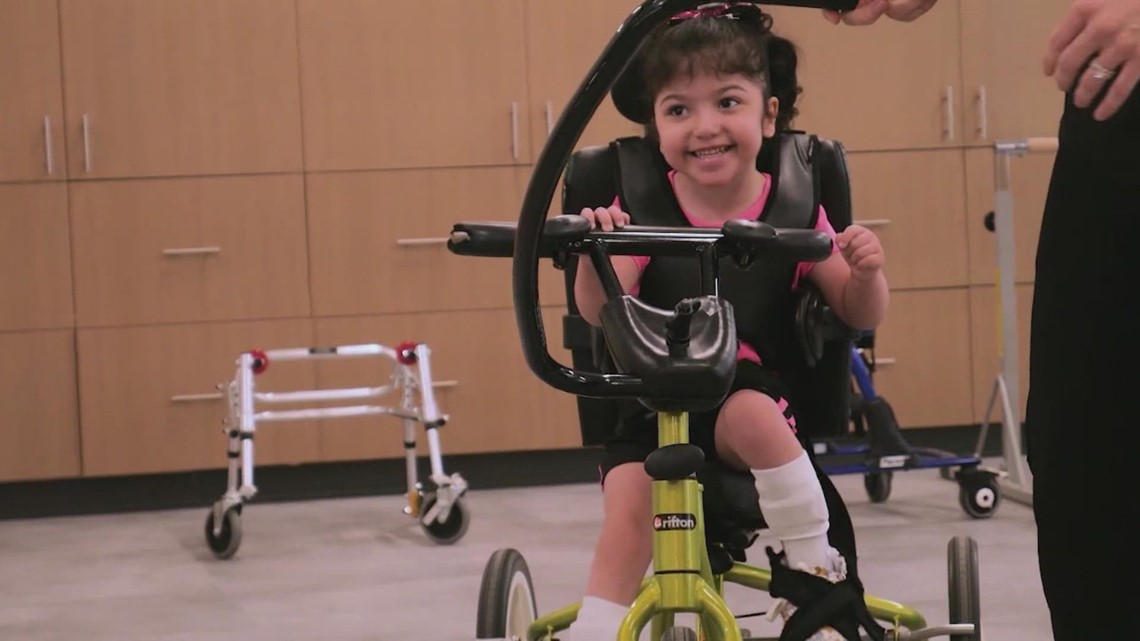 The Multi-Assistance Center at Morgan’s Wonderland is an inspired expansion of the overall vision of helping people with disabilities and special needs.

SAN ANTONIO — A brand-new facility aimed at helping people with special needs is just a couple weeks away from opening its doors in San Antonio.

The Multi-Assistance Center at Morgan’s Wonderland is a $45 million, 165,000 square foot building, offering an array of medical and non-medical services all under one roof.

Gordon Hartman, founder of Morgan’s Wonderland, began advocating for the project at least four years ago when he realized more must be done to address the challenges faced by families who care for those with special needs and disabilities.

“I really want to emphasize how something like this is way outside the box. We continue to look at the problem of how to bring about better coordination of services for people with special needs and disabilities. But we keep doing it the same way. This is doing it in a different way, in a way that we think through our MAC Care Model is truly going to make a difference,” Hartman said.

More than 30 community-based organizations have teamed up with the vision of Morgan’s Wonderland to offer services at the MAC, including therapeutic, dental and same-day surgical care.

The MAC has a team of Navigators who work one-on-one with families along their journey of receiving help through the dozens of partnered organizations.

Tina Mann and her 14-year-old son Ryan are already benefiting from what the MAC has to offer, including the family-like atmosphere, which she admits hasn’t always been the case at other places for care.

“One of the things I love about the MAC is that there’s so much joy here,” Mann said. “Before, they would greet Ryan with, ‘We know you don’t want to be here’ and it was sad, it was hard. And here, Ryan wants to be here every time, he wants to do things because it’s fun.”

Two times a week, Tina takes Ryan to the MAC to see a therapist where he’s able to play games and meet with other special needs children.

Long gone are the days of the Mann family having to travel across San Antonio to see 10-12 doctors. Now, most of the resources are or will be at the MAC.

“I think coming to the MAC makes it so that there will be less frustration for families and there will be more answers for families,” Mann said. “People will be able to get the help that they need in a way that is conducive to more treatment and less problems.”

Hartman hope the MAC is able to help tens of thousands of people in the future. It’s a concept of care he sees could become more common around the country one day.

“When you see that 15% of the population (297,255 individuals in Bexar County) has some form of special need, the numbers are large, and so even though we’re helping and will assist many people through this facility, the replication of facilities like this throughout the state and literally throughout the country could truly be a game changer for individuals with disabilities and special needs,” Hartman said.

The MAC at Morgan’s Wonderland will officially open on October 2.