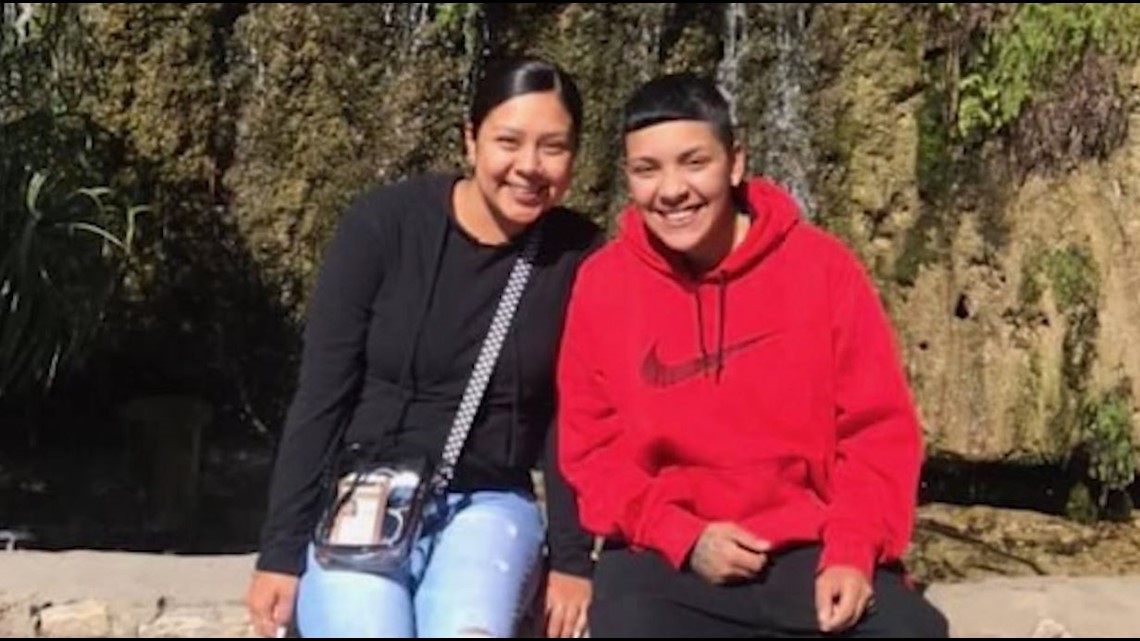 Samantha Gonzales’s loved ones are trying to get the business shut down, claiming ongoing illegal activity.

SAN ANTONIO — A San Antonio family is still fighting for justice and demanding the closure of an east-side bar more than a month after a loved one was killed there.

Samantha Gonzales, 27, was shot and killed on Sept. 25 after leaving La Tropicana on south Gevers, near Denver Boulevard. While police continue looking for the mother’s killer, the family is demanding the bar be shut down.

They’re requesting help from District 2 City Councilman Jalen McKee-Rodriguez, whom the family was schedule to meet with Thursday before a schedule conflict arose.

Diana Martinez, Samantha’s aunt, and the rest of the family shouted for justice Thursday near where they were supposed to meet the councilman. They said they are angry, frustrated and they want answers.

“They took a life away, not an animal,” Martinez said. “We are asking for help.”

The family said Gonzales was killed while fleeing the bar. Inside the business, a family member previously told KENS 5, her husband accidentally bumped into someone and quickly apologized.

The relative said it escalated after Gonzales tried to calm things down.

“A guy came around and got my sister in a chokehold,” the relative said. “My husband got upset and said, ‘That is a female. Just because she looks like a boy doesn’t mean you are going to put your hands on her.'”

The family member said that’s when it turned into a fight, and the family decided to leave. While they were leaving, she said, gunfire rang out.

As they drove away, the family realized Gonzales had been shot in the head. They pulled over down the street, along Hammond Avenue.

“Something has to be done,” Martinez said. “We want justice for Samantha.”

The family not only wants justice; they want the bar shut down.

“The bar is a danger to our community due to the violent fights,” she said.

“If I was breaking any type of laws or if my business was done incorrectly, TABC (Texas Alcoholic Beverage Commission) would have been on me a long time ago,” she said.

Baladez stands by her business and says the bar bears no responsibility in the murder. She said she’s been cooperating with police, including providing surveillance video from the night of the incident.

Police officers have responded to the business more than 65 times since the start of 2022, according to SAPD officials. Those reports range from disturbances and car burglaries to liquor law violations and assaults.

“We are aware of the situation involving the tragic death of Samantha Gonzales. Our office has a meeting with the family early next week. While my office does not have the authority to shut down the bar, we have worked to get the family the information they have asked for, where possible. In addition, incidents like this have led to the shutdown of other bars in the district, with similar history, and we are hopeful for this family to receive the justice they deserve.

“Due to unforeseen circumstances, we were unable to hold open office hours today, but I do look forward to meeting with the family to discuss a path forward.”

If you know anything about the case, you are asked to call SAPD.