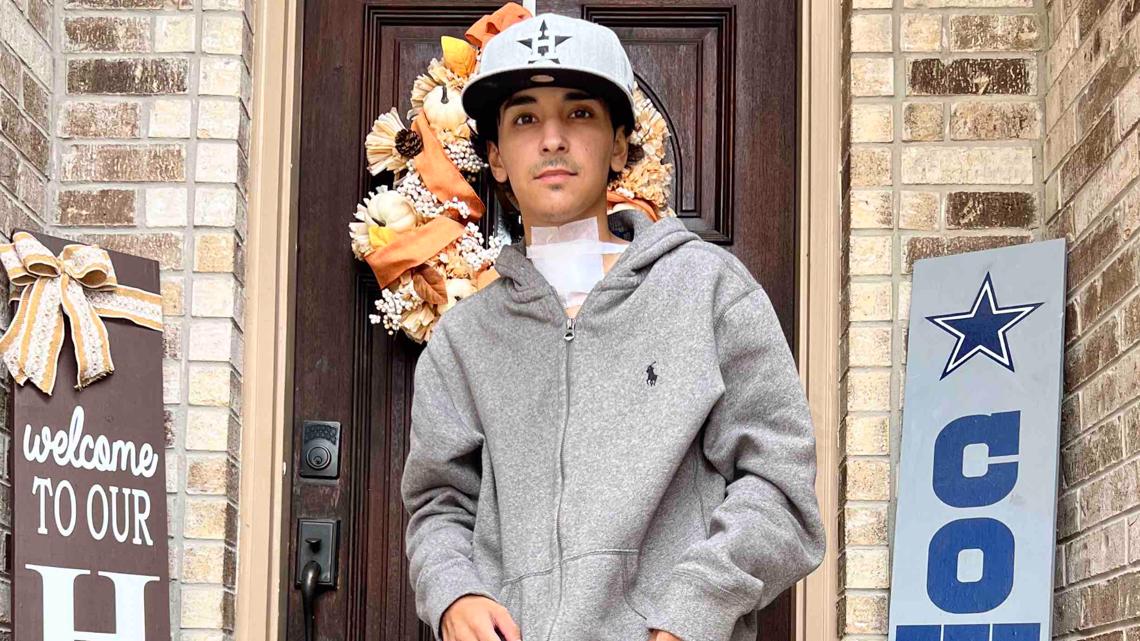 James Brennand, meanwhile, is awaiting a pretrial hearing after being charged with aggravated assault by a public servant.

SAN ANTONIO — More than seven weeks after he was shot by a since-fired SAPD officer, San Antonio teen Erik Cantu has returned home from the hospital, according to his family.

“He is HOME!” relatives posted on their official GoFundMe page, which has so far raised more than $46,000 for medical expenses. “We didn’t know what the future held weeks back. Today we know with faith, prayers, family, love, amazing doctors and nursing staff along with tons of future rehabilitation, that our miracle stands a chance!! This is Erik’s miracle!”

The family shared a photo of Cantu outside the family’s home, where his recovery journey is expected to continue.

The teen has undergone multiple surgeries and was briefly on life support after he was shot by James Brennand in the parking lot of a San Antonio McDonald’s on Oct. 2, according to authorities. Police at the time said Brennand recognized the car as a vehicle that evaded him the day prior.

Body cam video released by SAPD shows Brennand approaching the car and opening the driver-side door before Cantu backs up to drive away. At that point, Brennand fired 10 rounds at the car, hitting the teen multiple times.

Brennand was fired in the coming days, and has since been charged with aggravated assault by a public servant. Condemning the former officer’s actions, SAPD Chief William McManus later said neither Cantu nor the car he was driving in fact had anything to do with a disturbance call Brennand responded to earlier.

“There’s nothing that I can say that could defend what he did, his actions that night,” McManus said.