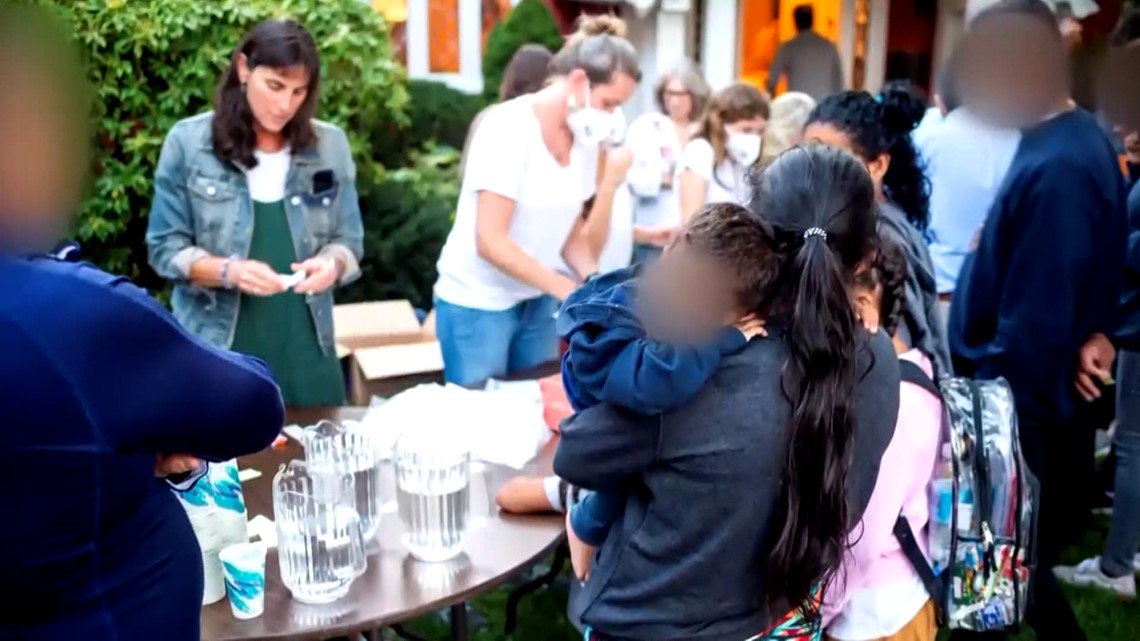 The woman, who LULAC identified as Perla Huerta, is accused of luring migrants from San Antonio’s center off San Pedro to Martha’s Vineyard under false pretenses.

The league is doubling the reward they’ve offered to anyone who can find Perla Huerta.

She is accused of luring migrants from San Antonio’s center off San Pedro to Martha’s Vineyard under false pretenses.

Now, there are calls for the U.S. Attorney General to step in.

“This reeks of a criminal conspiracy and political opportunism using people as props,” said the National President of LULAC, Domingo Garcia.

Garcia says his Latino Civil Rights group has identified a woman formerly known as “Perla”. He says she has ties to San Antonio and he’ll give $10,000 to the person who tracks her down.

“It’s time Perla Huerta goes before a grand jury and answers who hired her, who paid her and what was her purpose of her mission in this scheme?” said Garcia in a press conference Wednesday morning.

“This is what Perla did: ‘Here, we got a job for you for three months. We got housing for you, we got food for you, we got services for you if you get on this jet.’ Of course, it was all a lie,” Garcia explained.

LULAC says a number of Venezuelan refugees claim those promises led to a 3,000-mile journey ending in disappointment.

One migrant says a woman named Perla offered him clothes, food and money to recruit more passengers for the flights.

“This is a political stunt. It’s cruel. It’s un-Christian, un-American. It’s something people should condemn across the board, whether you’re republican or democrat. We shouldn’t be treating refugees this way,” said Garcia.

The Bexar County Sheriff’s Office says they’ve identified people they’d like to talk to in connection to this case, but they won’t name names.

A number of migrants joined a class-action lawsuit against DeSantis. The Boston-based law firm representing the migrants said they wanted to independently confirm Perla’s identity, which is still in the works.