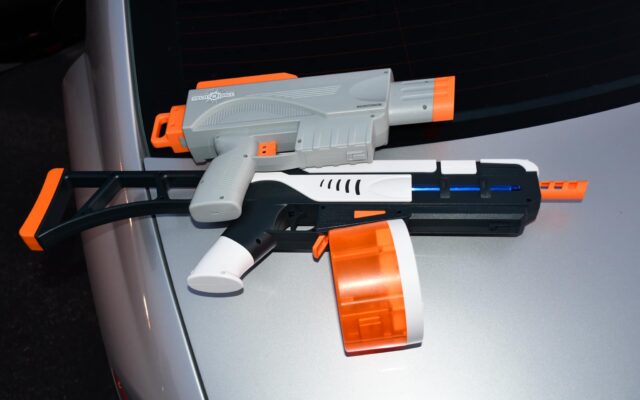 SAN ANTONIO (KTSA News) — A warning from the Bexar County Sheriff about a new TikTok challenge that could prove painful.

People are taking videos of themselves firing the toy guns at innocent by-standers then loading the reactions on the social media ap.

But for a group of young people in Bexar County, their attempt at becoming TikTok famous ended in their arrests.

The Sheriff’s Office says a man in the Alamo Ranch area was playing in his yard with his children Sunday when a car drove by and the occupants started shooting the water beads.

Deputies later saw a group of 4 juveniles in a car as they attempted another water bead drive-by.

The group was pulled over and taken into custody. They are 15, two 14 year olds and an 11 year old. The deputies also seized the car they were in which belongs to their parents.

The Sheriff’s Office released the following statement after arresting the youths:

“Let this serve as a lesson to others who may be considering of attempting this reckless and senseless challenge—you will be arrested, and your vehicle will be seized. If you are ever become a victim of this type of incident, please call 911 immediately so law enforcement can respond and apprehend the responsible suspects. ”