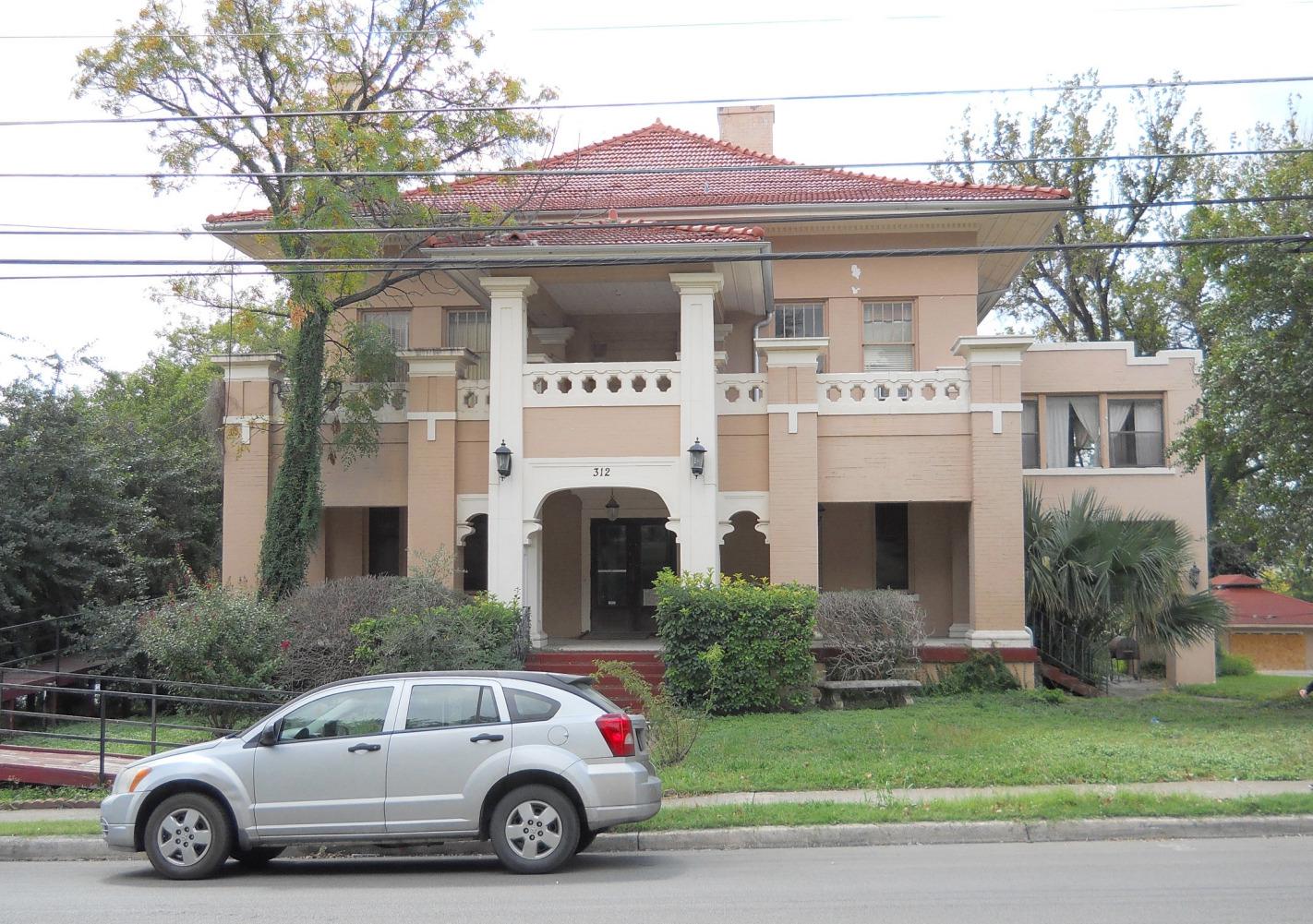 A stately Tobin Hill home built in 1913 has been saved from demolition, deemed eligible for historic landmark designation and could be refashioned as a wine and cheese bar and inn.

It’s a turnaround from a year ago, when the Archdiocese of San Antonio submitted an application to raze the two-story house at 312 W. Courtland Place, long the Catholic Student Center for San Antonio College.

The Tobin Hill Community Association , the Conservation Society of San Antonio and other preservation advocates fought to save it. The association submitted a request last fall for a review of the home’s historic significance.

The review found the house was built for Russell Meriwether “R.M.” Hughes and Lillian Allan Hughes, who moved to San Antonio from Louisville and operated a manufacturing business.

On ExpressNews.com: Rooftop bar and lounge among the finishing touches on two downtown hotels set to open in October

Daughter Russell Meriwether Hughes became known as “La Meri” and was a performer, writer and teacher of ethnic dance, according to research by city staff. The home is also “an exceptional example of the Prairie Style” of architecture that Mason Maury, who designed the home, was known for.

Aside from the Hughes family, it has had only two other previous owners: Ozelle Thomson and George Thomson and the archdiocese, according to the Tobin Hill Community Association. But under state law, if a property is owned by a religious organization, a municipality can only designate it as a historic landmark if the organization agrees.

After learning that the home was to be knocked down, chef Andrew Weissman and May Chu, who Weissman said operates a design and building firm in New York, bought it this summer.

They plan to preserve it. Weissman said he envisions a “neighborhood living room space” for neighbors with wine, cheese, charcuterie and other fare on the first floor and perhaps a small inn on the second floor.

The Hughes home is across the street from the historic Koehler home, which local developer Weston Urban plans to turn into a restaurant, hotel and entertainment venue .

To be eligible for landmark designation, a property must meet at least three of 16 criteria outlined by the city. City staff ultimately agreed with the preservationists that the home met five criteria.

“The present owner has expressed admiration for the architecture and stated preservation of the Hughes house. But what’s to say what might happen in 10 or 20 years from now?” said Frederica Kushner of the Tobin Hill Community Association. “A finding of significance is not historic designation, but it provides historic documentation and is an official acknowledgement of the historic importance of the building.”

A new application would be needed for historic designation. Weissman said he and May want to pursue a designation but are determining whether to do so before or after they are finished sprucing up the home.

Dutch government announces energy price cap for consumers - mySA
Iconic Goodwill gets serious with online for thrifters - mySA
Confessions of a gentrifier: Why owning a home on San Antonio’s East Side comes with great responsib...