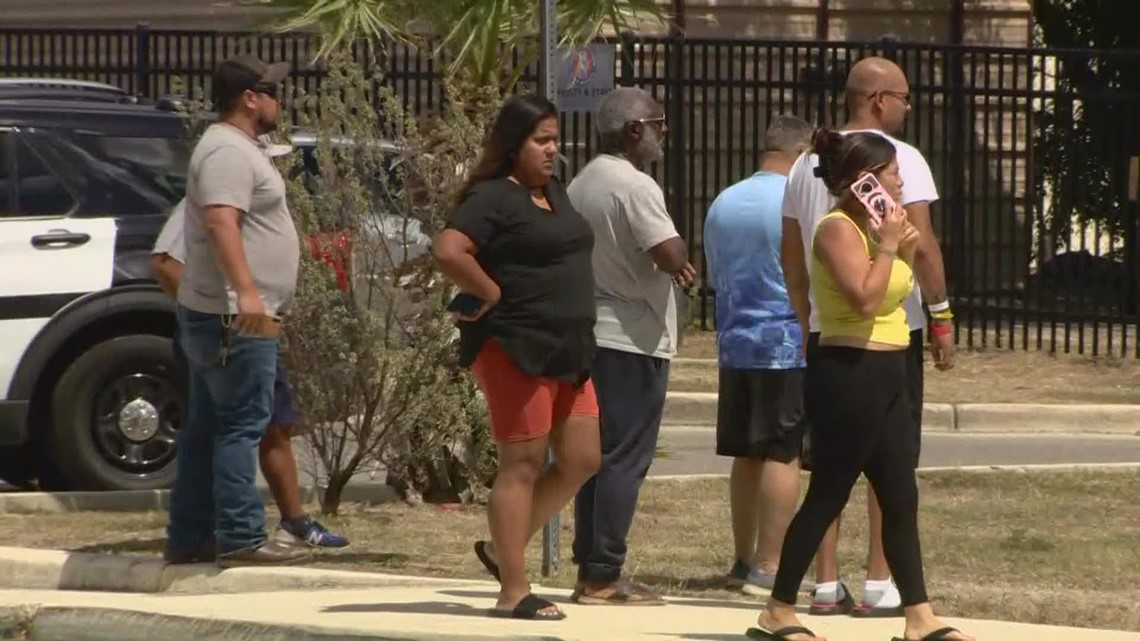 SAN ANTONIO — Reports of fights, bomb threats, and shootings at Texas schools have drawn hundreds of panicked parents to their children’s campuses in the last week.

None of the incidents posed a serious threat to students. In some cases, hoaxes and rumors prompted false alarms.

Dr. Don McGeary, a tenured professor of psychiatry at UT Health San Antonio, says humans are most comfortable when they’re informed. Parents who raced to schools often sought to verify information themselves.

“We rely on information to give us a sense of control,” he said. “As a parent, I want to feel like I have some kind of influence over what’s going on with my kids.”

But lately, McGeary says, it’s been easy to feel helpless.

“We’re all experiencing stress symptoms,” said Dr. Don McGeary, a tenured professor of psychiatry at UT Health San Antonio. “Keep in mind, also, this is occurring during a time of already-heightened stress as we’re getting through and coming out of COVID.”

“We’re much more in-touch with the community around us here in San Antonio, so Uvalde almost literally hits home,” he said.

McGeary wasn’t aware of studies analyzing any relationship between proximity to a tragedy and ensuing stress, but said “it makes sense” the closer a person is to an event the more intense their reaction to that event would be.

The shooting at Robb Elementary, though, has clearly impacted parents across the United States.

Unlike most previous tragedies of a similar magnitude, the Uvalde mass shooting remains in news headlines months after the event. New developments about law enforcements’ response at Robb Elementary merit continued attention.

“Any time you have reminders without having some way of processing those reminders in a healthy way, it can prolong the process,” McGeary said.

Too often after a tragedy, mental health services are short-lived.

“We do a great job of immediate, short-term response… but then a lot of the help leaves,” McGeary said, advocating for better trauma plans that include sustained services.

Fortunately, most people exposed to trauma recover on their own, the psychiatrist added. Parents who crave information and are concerned for their children’s safety don’t necessarily need therapy.

There is proven treatment available for other parents experiencing nightmares, intrusive thoughts, and degrading quality of life.

“We do have solutions for these traumas,” McGeary said.