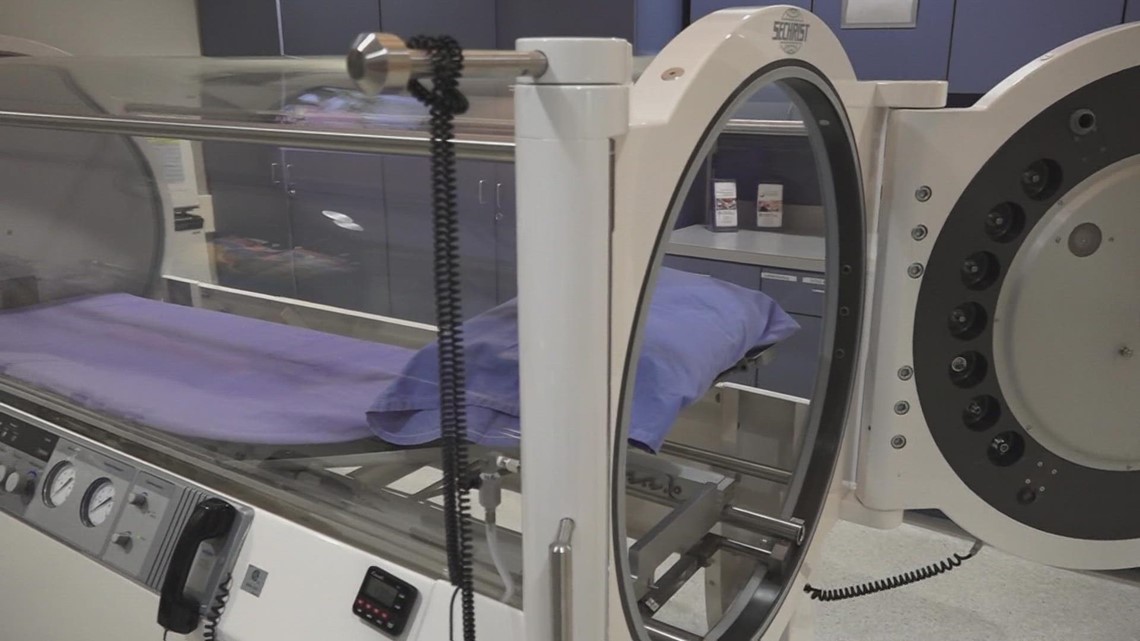 15 people were sickened by a carbon monoxide leak at Hotel Emma. University Hospital patients have recovered.

SAN ANTONIO — University Hospital patients who were treated for carbon monoxide poisoning due to a leak at Hotel Emma have recovered.

The hospital cared for six patients. Officials say they have all been released.

On Thursday, staff took KENS 5 on an exclusive tour of a hyperbaric chamber used to treat one of the patients.

“It’s a chamber where we can provide oxygen at a much higher pressure than if you are breathing normally,” said Dr. Brent Jones, a physician at the Hyperbaric Clinic. “When you have been exposed to carbon monoxide, it is able to bind to your red blood cells in the same way that oxygen binds … and it’s able to bind much more strongly. So, you’re not able to transport as much oxygen around your body.”

“Carbon monoxide poisoning can, in severe cases, result in death,” he said. “More common symptoms are headaches, nausea, light-headedness, feeling like you are going to pass out.”

“Anyone with a level 25 should absolutely be treated,” he said. “Anybody who is pregnant should actually be treated at much lower levels because it is potentially more harmful to the fetus than the parent. Also, anybody who has had a serious neurologic event. A typical treatment is about two hours. While they are in the chamber, there is a television they can watch, and staff can communicate with them through a telephone.”

Dr. Jones says most patients experience pressure in their ears, similar to being in an airplane.

Not only is it life-saving, Dr. Jones says hyperbaric treatment can prevent brain damage from carbon monoxide poisoning.

Hyperbaric chambers are also used to treat diabetic patients. Exposing a wound to oxygen can speed healing, according to Dr. Jones.

There are only a handful of hyperbaric chambers in Texas.