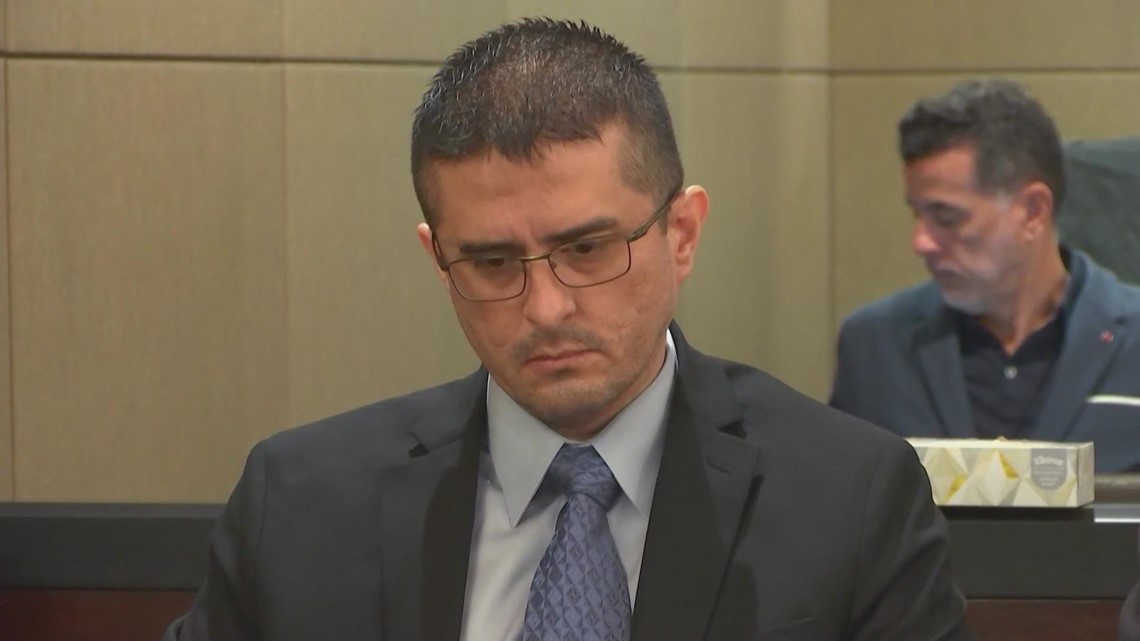 The trial of Juan David Ortiz, who confessed to killing four women four years ago, was moved from Laredo to San Antonio.

SAN ANTONIO — The murder trial of ex-Border Patrol agent Juan David Ortiz is coming to an end as closing arguments are slated for Wednesday morning.

The jury heard the final batch of witnesses, which included forensic experts and a Webb County jail official who provided phone recordings of Ortiz expressing  doubt about his future.

The forensic analysts confirmed the bullet fragments found on the victims’ bodies came out of the 40 caliber H&K pistol found in Ortiz’s white pickup the evening of his arrest.

The defense pressed one of the lead investigators on whether law enforcement coerced Ortiz into confessing to killing the women who served as sex workers in Webb County.

Defense attorney Joel Perez questioned Texas Ranger EJ Salinas on if the 10-hour interview with Ortiz involved making guarantees to the defendant in exchange for information on the murders. Salinas and presiding Judge Oscar Hale ultimately refuted such claims.

The jury listened to excerpts of a jail phone recording where Ortiz is heard speaking with his wife in 2020. He expressed concern about past statements he made and criticizing media reports regarding the events of his arrest and employment with the Border Patrol

“There is no evidence, just the confession I made,” Ortiz said in the recording.

Stern has completed more than 7,000 autopsies in her career and four of them happened in September 2018.

Families of the victims watched from the gallery as Stern guided the jury through autopsy reports, displaying photos of the victims’ bodies, bullet fragments and even Ortiz’s pistol.

The medical examiner spoke about the conditions of Melissa Ramirez, Claudine Anne Luera, Griselda Alicia Hernandez Cantu, and Janelle Enriquez Ortiz when they were found, noting that 29-year-old Ramirez was shot multiple times and only positively identified through her fingerprints.

Her family members became visibly shaken while listening to the autopsy report.

The trial will resume Thursday morning with closing arguments at 9:00 a.m. and be livestreamed on KENS5.com.