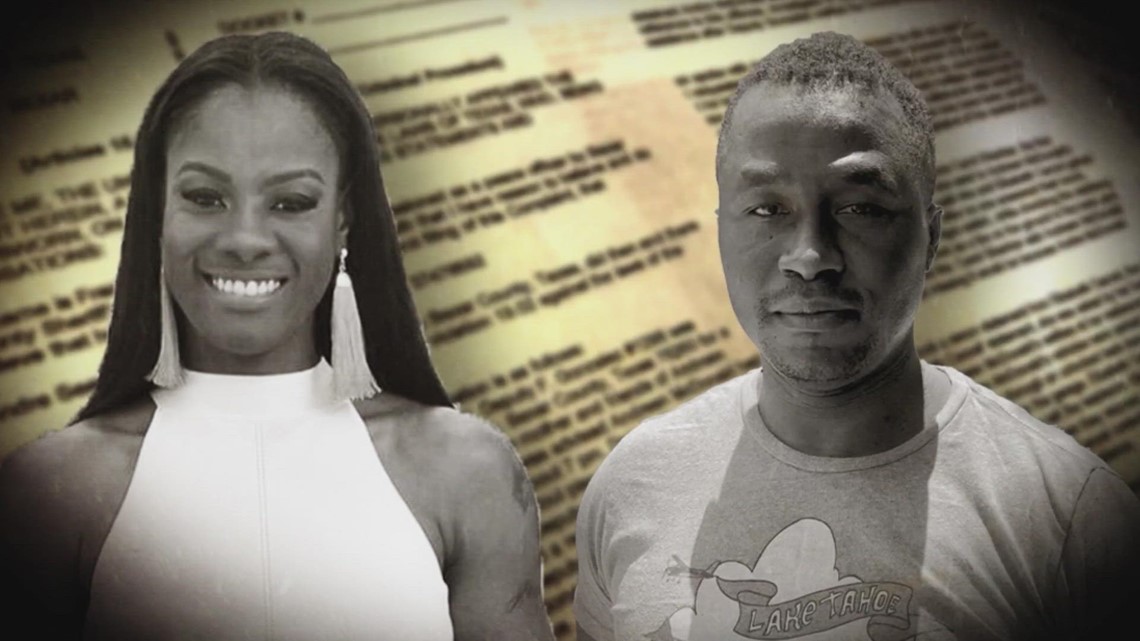 The jury will be present beginning Monday.

McDonald has been charged with murder and tampering with evidence after his wife’s burnt remains were found in northern Bexar County back in 2019.

Andreen McDonald was found five months after she was reported missing.

Andre McDonald confessed to killing his wife Andreen over the phone last Friday, according to testimony from Andreen’s sister.

The prosecution introduced Cindy Ann Johnson to the witness stand after delivering opening statements. Johnson, Andreen’s half-sister, said she missed a phone call from McDonald on Thursday night. She called back Friday morning and learned the grizzly details of what happened to Andreen.

Johnson said an argument about business at an H&R Block on Feb. 28 escalated into a physical confrontation at their home off Solitude Cove in north Bexar County.

Johnson testified that Andre said Andreen spat and cursed at him. Johnson said Andre told her over the phone he stomped on Andreen with his foot while she was on the ground while their 6-year-old daughter Elena watched.

The phone call revealed Andre noticed Andreen wheezing and then took his daughter up to bed. After he returned, he realized Andreen was dead.

“I think he took off her clothes and burn it and then put her body in the car,” Johnson said. “He said that it was because he found out what she was doing about the business, and it has nothing to do with what everybody is thinking.”

Johnson was alluding to Andreen’s rekindled relationship with an ex-lover in Jamaica she had been visiting. But Johnson stressed Andre’s motivation for what happened focused on disagreements about a business decision.

Last week, his defense team worked to get certain evidence thrown out, saying law enforcement violated McDonald’s fourth amendment rights when they searched his home on March 1 and 2.

We’re told he does, partly because the Bexar County Sheriff’s Office filed chages against him.