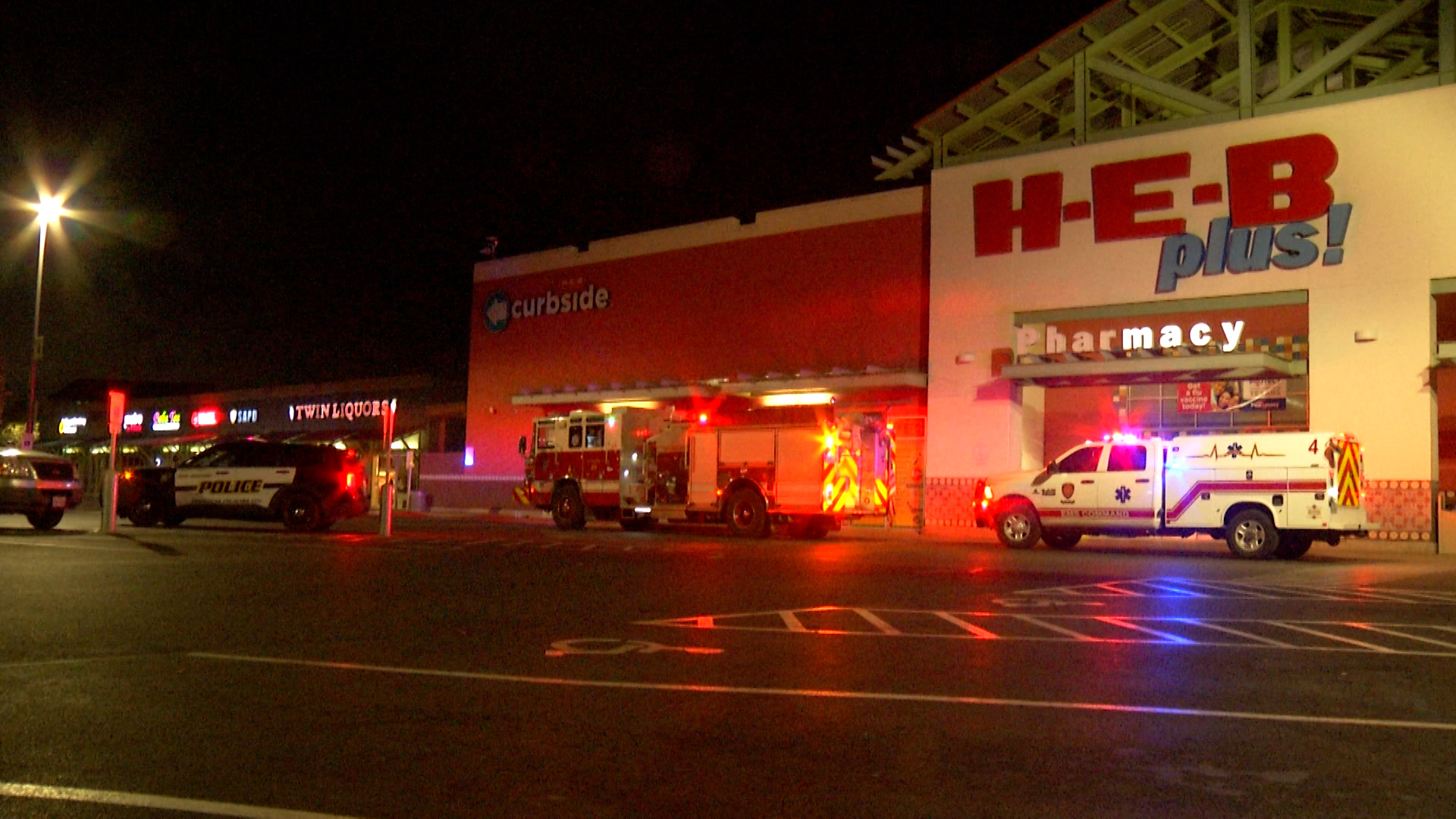 San Antonio police arrested a suspect who allegedly stabbed two men in “random” attacks at H-E-B and a VIA bus stop on the city’s Southeast Side on Monday, September 19.

The incidents occurred just after 3 a.m. at the intersection of S New Braunfels Avenue and E Southcross Boulevard near the H-E-B. According to the San Antonio Police Department, a 60-year-old male contractor was emptying out the trash cans in front of H-E-B when a suspect walked up and stabbed him in the upper back several times.

SAPD said the suspect, who was reportedly wearing black pants, a shirt, and glasses, then fled toward Southcross and ran up to another man who was sleeping at a VIA bus stop ten minutes after the H-E-B stabbing. He stabbed the man, believed to be in his 50s, in the chest, arm, and head, police said.

Both victims were transported to the San Antonio Military Medical Center. The man who was stabbed at H-E-B is in stable condition, while the second victim is in critical condition.

Police said a partial blood trail led SAPD to the suspect’s whereabouts. Police said they found the man, believed to be in his 20s, in the 1900 block of Goliad Road, nearly a mile away from the bus stop. He had a cut on his arm.

SAPD said they believe the stabbings were random attacks.