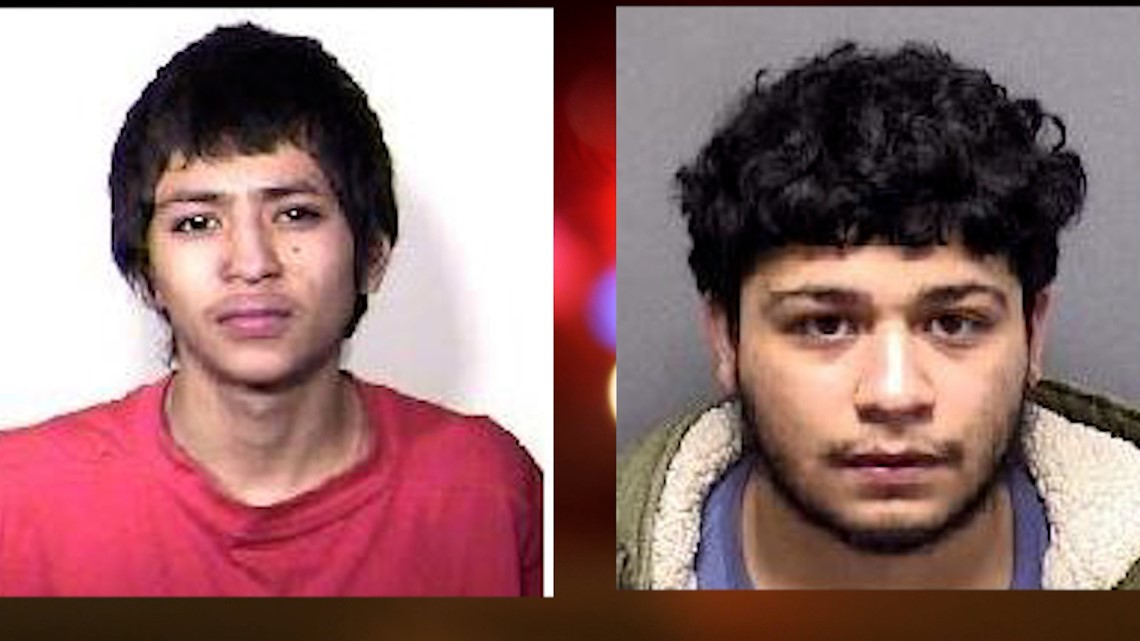 San Antonio Crime Stoppers is offering a reward for anyone with information that will lead to an arrest.

SAN ANTONIO — Six months after San Antonio police officials say a group of six brutally attacked and killed a 20-year-old man, two of the suspects wanted on murder charges are still on the run.

Crime Stoppers San Antonio is now offering a reward for anyone who has information that will lead to the arrests of 18-year-old Jonathan Tijerina and 19-year-old and Andres Villarreal.

Four other suspects were arrested and charged in connection to the shooting death of 20-year-old Takhai Michael, which unfolded in the parking lot of the Blow Hookah Lounge off Eisenhauer Road on May 29.

The horrific details of the violent attack and murder are outlined in arrest warrants.

Police say the six men beat up and then robbed Michael and his girlfriend at gunpoint. When Michael tried to fight back, police say, they shot him multiple times.

According to the arrest warrant, investigators said that after he’d been shot, Michael was lying on the ground in a pool of blood when another suspect, 22-year-old Nathan Sanchez, shot Michael again repeatedly with an AR-15 rifle.

Trevino, Sanchez and two other suspects identified by police as 19-year-old Robert Ortiz and 20-year-old Arturo Reyes were arrested a few months after the incident. They were charged with capital murder and aggravated assault.

Crime Stoppers is now offering a reward of up to $5,000 for anyone who has information that will lead to the arrests Tijerina and Villarreal, who remain on the run.

If you have any information call San Antonio Crime Stoppers at (210)224-7867 or submit a tip at sacrimestoppers.com.  Tips can remain anonymous.