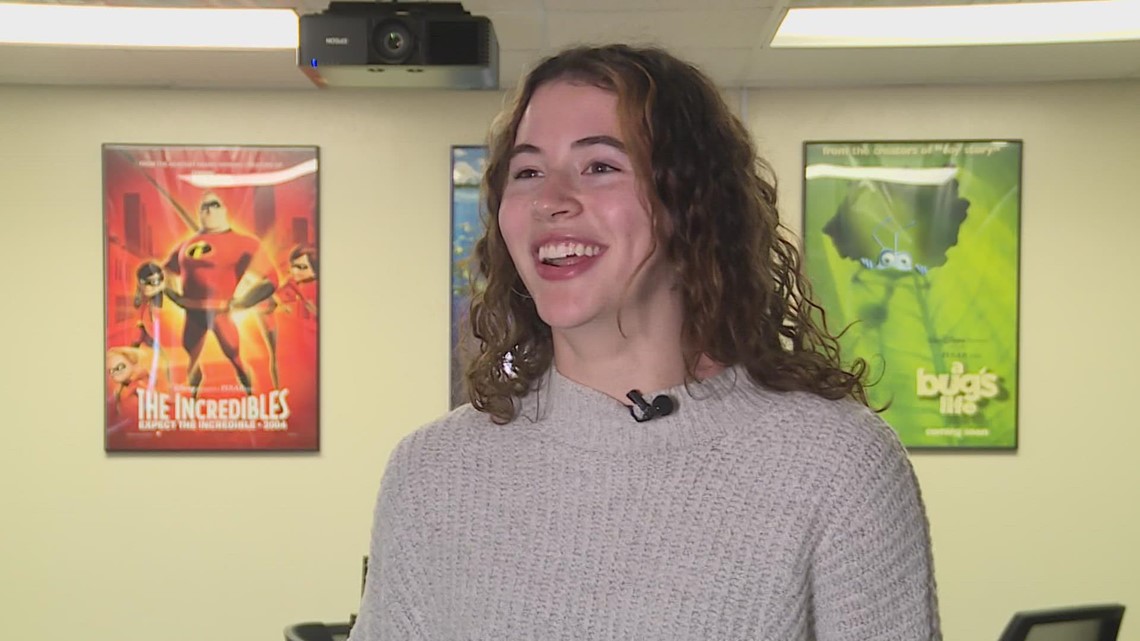 For Annamarie Alvarez, Incarnate Word has provided more than one avenue for her to pursue her passions.

SAN ANTONIO — Annamarie Alvarez is spiking the ball, but her long-term goals involve finding the spotlight.

A junior on the University of Incarnate Word volleyball squad, Alvarez has California DNA. But her heart these days is deep in the heart of Texas.

“I love the people here, they are so much nicer than California,” she says with a laugh. “I mean, I still love California.”

Alvarez has her sights set on Hollywood after her athletic career is finished, and that California dream starts in San Antonio.

“It was the hunt to find a school that had Division 1 volleyball, and also had a really good animation program. I love that it has become my second home.”

It runs in the family. Her dad has made his career around the Hollywood filmmaking scene, and she’s hoping to follow in his footsteps through Incarnate Word’s Department of 3-D Animation.

“I was always on set with him, watching him do his thing directing films,” Alvarez said. “That just sparked my interest. He introduced software to me as a kid. That’s what I played with as a kid, making my own little movies.’

She had the opportunity to visit DreamWorks, which produced hits like “Shrek” and “The Prince of Egypt,” during her teenage years. That confirmed what she already thought she knew.

“One of my dad’s friends works there as a storyboard artist, and that was just eye-opening to me. I was sold! It had me convinced that’s what I wanted to do.”

Now she dreams about one day seeing her own name on the silver screen. Just as excited are her coaches and teammates.

“I can’t wait,” said UIW head coach Samantha Dabbs Thomas. “Hopefully that will be sometime soon. We can all be in the theater and see her name scrolling up there.”

“I think it would be really cool,” added sophomore outside hitter Risa Sena. “I would definitely brag about it, that I played with her in college.”

The ladies play this week in the Southland Conference Tournament.