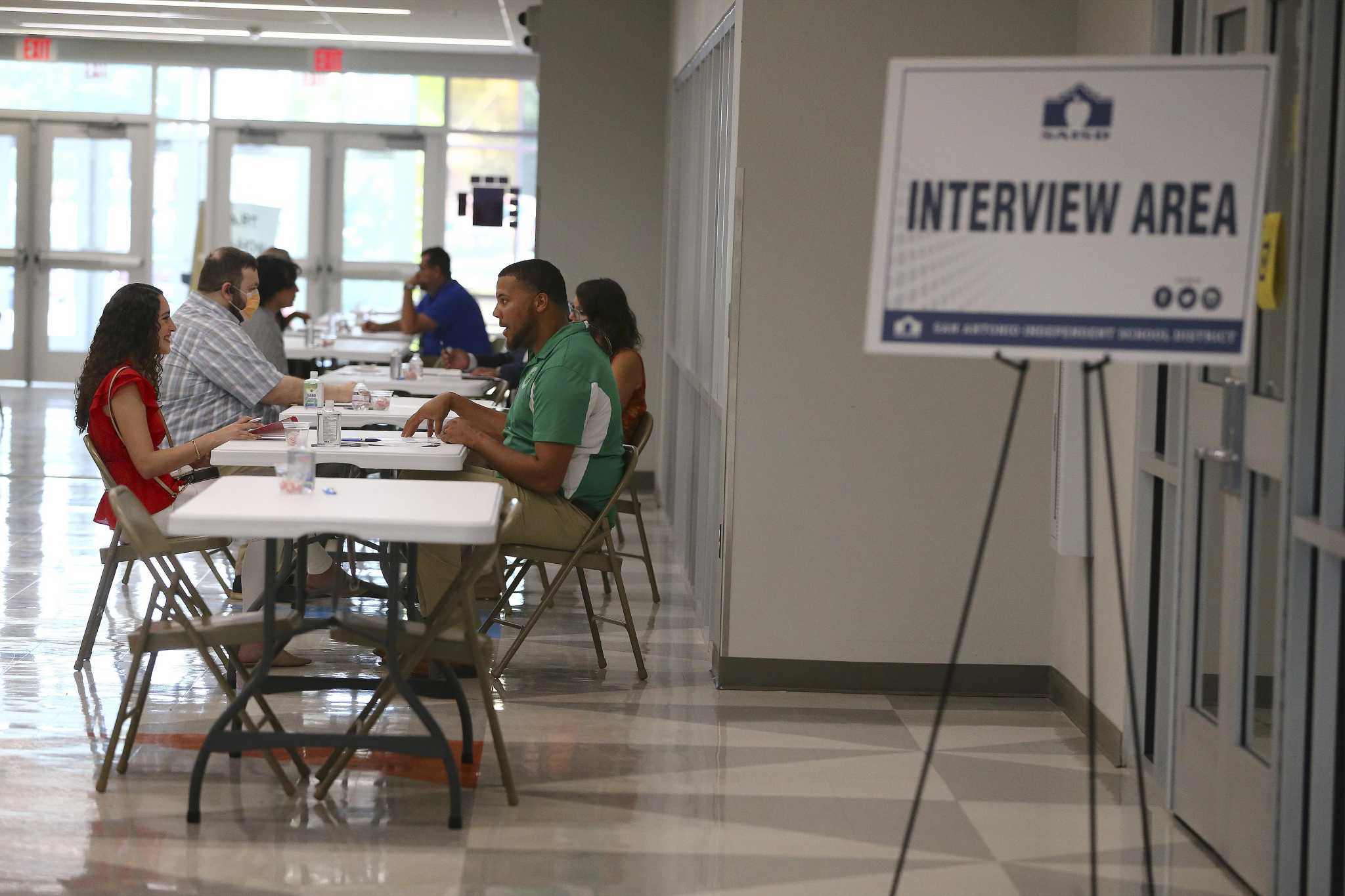 The number of people on the job in Texas set a record in October for a 12th consecutive month even as nearly half of U.S. states saw joblessness rise last month. But the post-pandemic jobs boom may be waning.

In the San Antonio metro area, the October unemployment rate was also unchanged from a month earlier, holding at 3.5 percent. A year ago, the rate was 4.4 percent.

The industries with the biggest statewide jobs gains were the professional and business services industry, followed by leisure and hospitality.

“Ten of 11 major industries in Texas have rebounded to their pre-COVID levels and beyond, translating to more jobs in more industries for more Texans,” said workforce Commissioner Julian Alvarez.

The national rate of unemployment rose slightly to 3.7 percent in October. Twenty-four U.S. states reported an increase in joblessness and 25 said unemployment was unchanged from September.

Private sector workers in San Antonio saw average hourly wages hit a record high of $28.30, up 7.7 percent from a year earlier, according the U.S. Bureau of Labor Statistics. Before this year, average wages in the city had never topped $27 an hour. But the increase since last year has been matched by inflation, which also rose 7.7 percent in the last year.

Data released by the BLS this week indicated that a hiring slowdown may be underway. For much of the past year, Texas employers were hiring record numbers of workers and layoffs were at an all-time low. Meanwhile, never-before-seen numbers of workers in Texas quit their jobs amid the hiring boom.

Data on job turnover — which lags a month behind employment figures — for September showed Texas employers hired the fewest workers that month since January. And fewer people in Texas quit their jobs last month than any period since August 2021, according to the BLS.

Layoffs remained low in September, but cost-cutting by employers in preparation for elevated interest rates and a potential recession next year could translate to more layoffs. HII Defense and Federal Solutions, a publicly traded company that builds military hardware, told workers it plans to layoff 134 employees from its San Antonio office on the far North Side by next month.

With unemployment at 2.8 percent, both Amarillo and the Austin-Round Rock area had the lowest jobless rates among the state’s metro areas. The McAllen-Edinburgh-Mission area had the highest rate at 6.1 percent, though that was a significant decline from over 8 percent earlier this year.