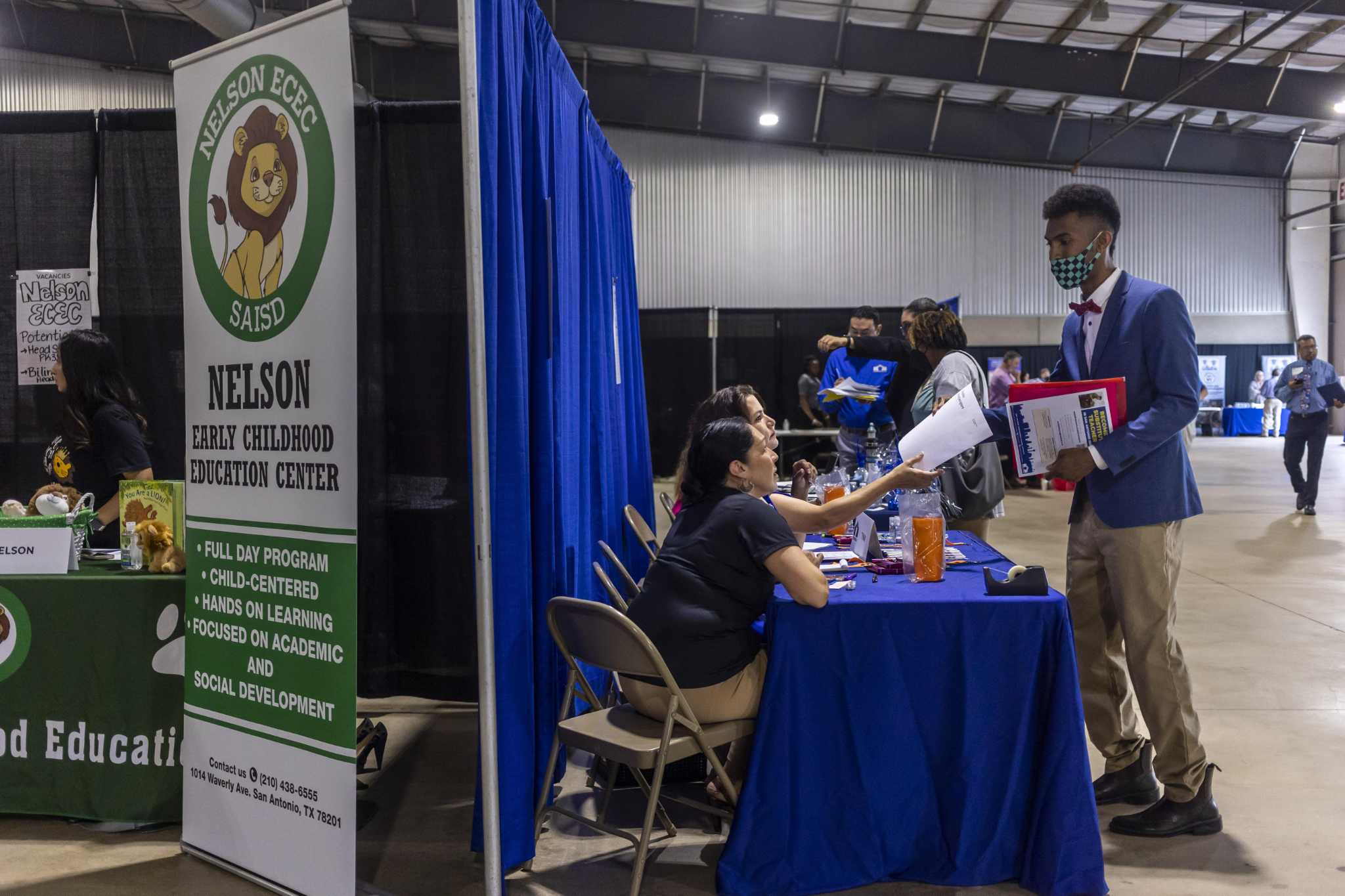 The rate of unemployment in San Antonio increased slightly in May after hitting a two-year low in April, but at 3.5 percent was still lower than across the state and nation, the Texas Workforce Commission said today.

Unemployment statewide fell to 4.2 percent in May from 4.3 percent the month before. More than 74,000 jobs were added across Texas, bringing employment to nearly 13.4 million.

May was the seventh consecutive month the state has set a record for the number of people on the job, according to the TWC.

Average hourly private sector earnings in San Antonio increased by a few cents last month to $27.69. That was lower than the record-high wages set in January, but earnings in the city have remained above $27 this year — an average level never reached before 2022, according to the Bureau of Labor Statistics.

Still, while worker wages increased about 7 percent in May from a year earlier, those gains were more than eaten up by the torrid pace of inflation in the past year. Average consumer prices in the U.S. increased more than 8 percent last month from a year ago, the BLS said.

On ExpressNews.com: New multistory tower at Port San Antonio to house DeLorean Motor Co.; to be completed in early 2025

At 2.7 percent, the Austin and Amarillo metro areas had the lowest unemployment rates in Texas last month, the TWC said.

The McAllen-Edinburg-Mission area had the state’s highest rate at 6.9 percent. The Beaumont-Port Arthur area followed at 6.5 percent.

Check back for updates to this developing story.