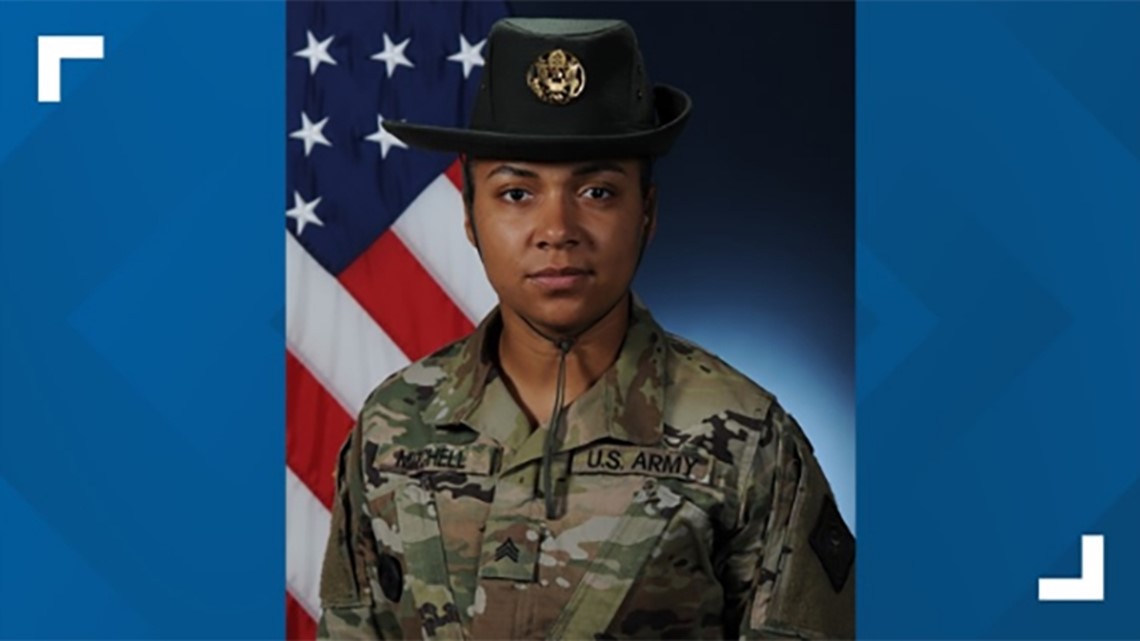 On Jan. 1, 2021, Mitchell was traveling in her vehicle when she was shot by a ‘high-powered rifle’ on I-10 near Vance Jackson just after 2 a.m., officials said.

A cash reward of up to $50,000 has been offered for information in the arrest of the person responsible for the shooting death of Staff Sgt. Jessica Ann Mitchell.

On Jan. 1, 2021, Mitchell was traveling in her vehicle when she was shot by a ‘high-powered rifle’ on I-10 near Vance Jackson just after 2 a.m., officials said.

A vehicle of interest was seen traveling southbound on I-10 behind Mitchell’s white Dodge Charger, and officials released video of that vehicle in July 2021.

Staff Sergeant Jessica Mitchell was found after San Antonio police officers were dispatched shortly after 2 a.m. to eastbound IH-10 and West Avenue in reference to a stranded vehicle in the fast lane causing a hazard, the SAPD Public Information Office said in a release at the time of the shooting.

Police found her inside of her car that was riddled with multiple gunshots to the driver’s side door and window. Police said she has been shot several times and there was no pulse when officials checked at the scene.

She was taken to University Hospital San Antonio where she was pronounced dead by hospital staff around 3 a.m.

Sgt. Jessica Mitchell, a 68E dental specialist, had been assigned to MEDCoE since August 2019. Before her most recent assignment, Mitchell served at a JBSA dental clinic since October 2017.

Any person who has information is asked to contact Army CID at (210) 221-1050. Tips can be submitted anonymously here.