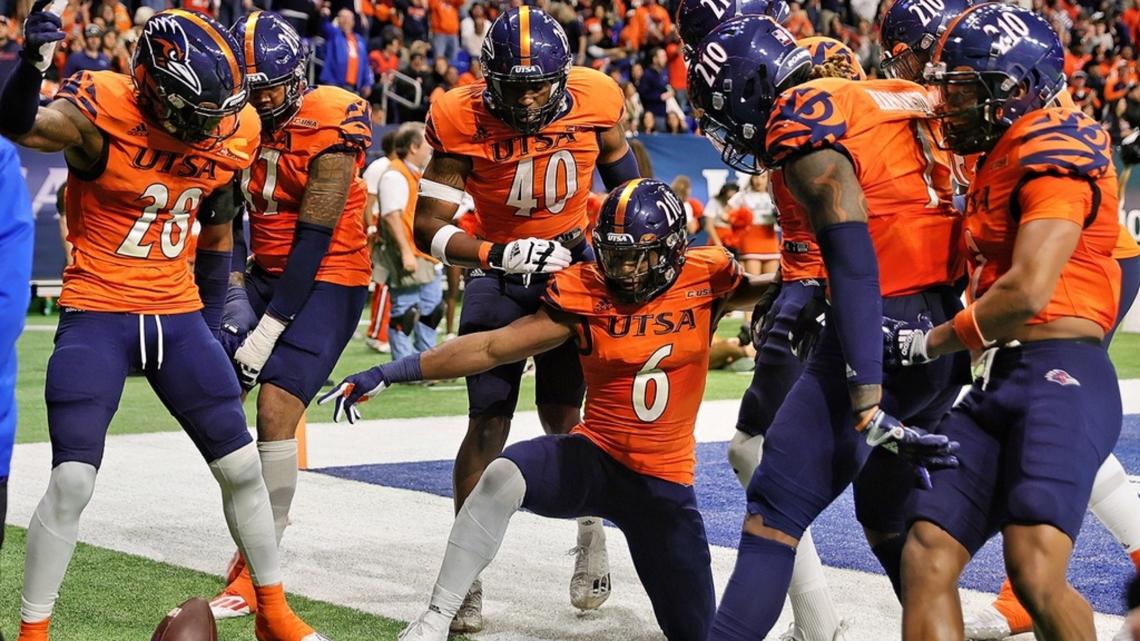 The Roadrunners also got the most points in the AP Poll for any team that wasn’t in the top 25. They’ll host the C-USA Championship Game again.

SAN ANTONIO — The UTSA Roadrunners have cracked the USA TODAY Coaches Poll for the first time all season.

After winning eight straight games and clinching the Conference USA regular season crown with a 41-7 victory at Rice, Jeff Traylor’s team is now ranked 25th in the Coaches Poll. The Runners also got the most points in the AP Poll for any team that wasn’t ranked in the top 25.

Last year, UTSA made history by entering the polls for the first time in the program’s young history. This season got off to a rough start with losses against Houston and Texas, but the Roadrunners turned things around and have gone undefeated in conference play.

UTSA has two more games this season, both at the Alamodome. On Saturday November 26 they’ll host UTEP in the regular season finale. They will also host the C-USA Championship Game for the second year in a row against an opponent that has yet to be determined. Tickets for that game will go on sale to the public starting Tuesday, November 22.