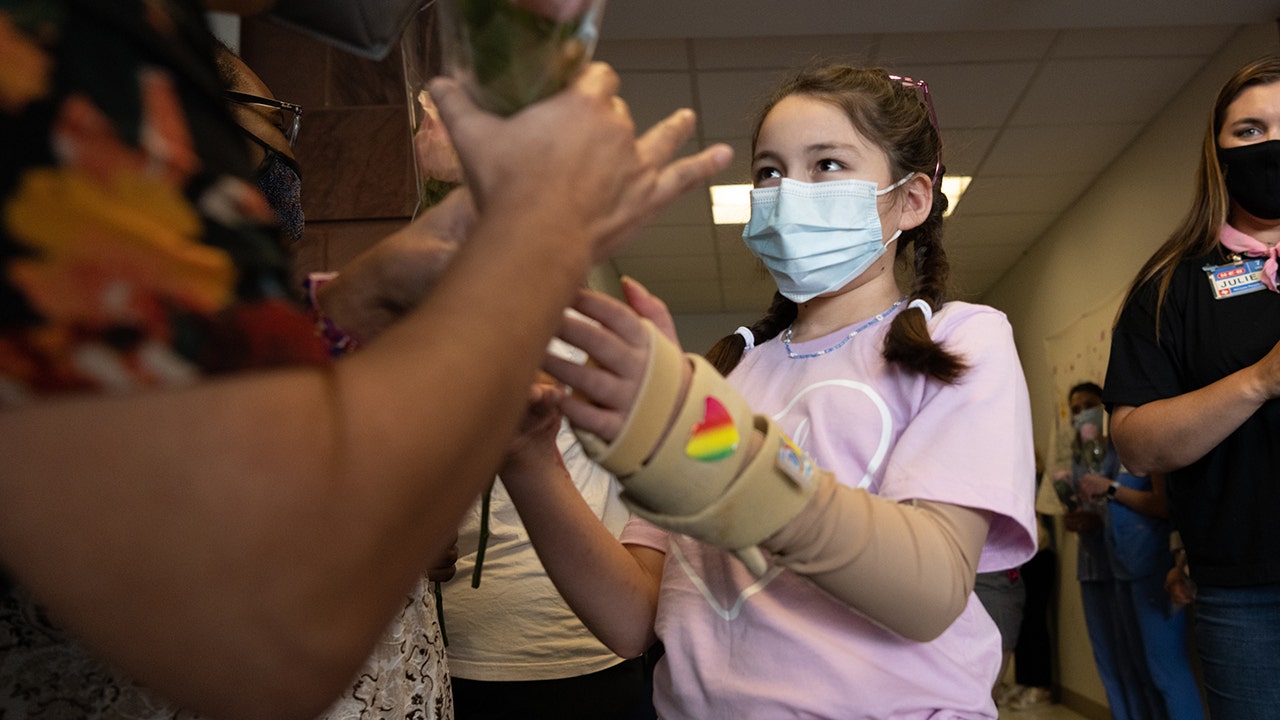 The final victim of the Uvalde mass shooting still receiving treatment at a San Antonio hospital has been released.

Mayah Zamora, 10, was discharged by University Health, the hospital announced on social media with a video showing the girl walking out of the hospital. She was surrounded by dozens of applauding family, friends, and hospital staff members.

“Today was a happy day at University Hospital! Our final patient from the Uvalde shooting, 10-year-old Mayah Zamora, was discharged!” the hospital said in a tweet.

It added: “She is our hero and we can’t wait to see all she accomplishes in the future!”

Mayah is a student of Robb Elementary School who was injured during a shooting on May 24, 2022, that left 19 other students and two teachers dead. She was one of three children — all girls — injured in the shooting that included another 10-year-old and a 9-year-old, KSAT reported.

A 66-year-old woman was also injured in the shooting and all four survived their injuries, per the report.