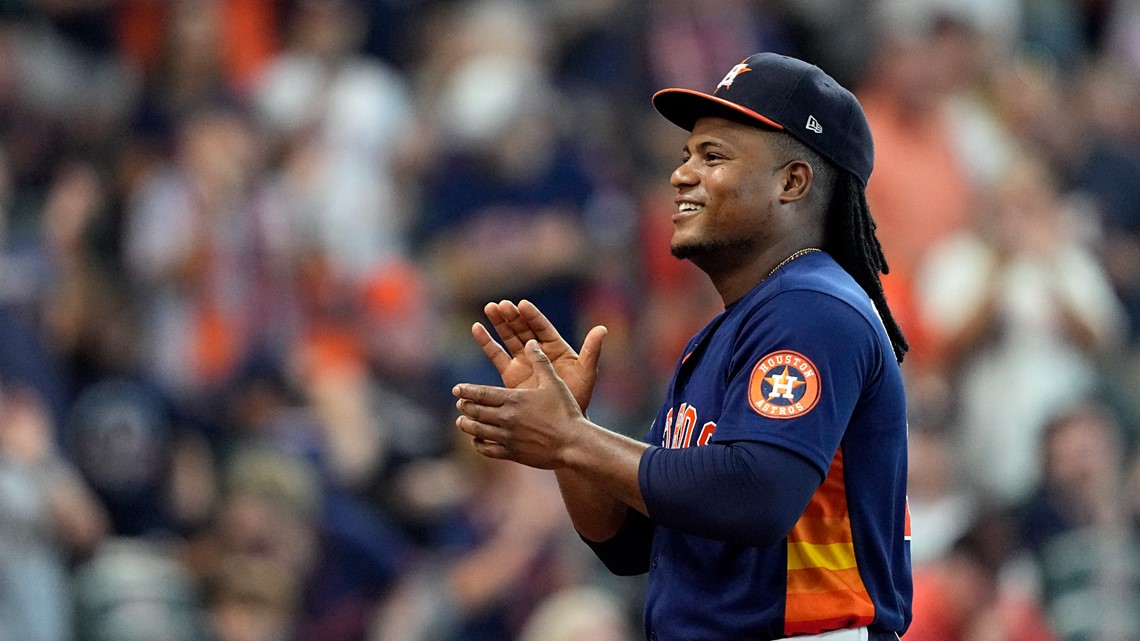 DETROIT — Framber Valdez set an MLB record with his 25th straight quality start, and Yordan Alvarez and Martin Maldonado had four RBIs each to help the Houston Astros build an early lead in an 11-2 rout of the Oakland Athletics on Sunday.

Alvarez drove in three runs with a double in Houston’s five-run third inning and padded the lead with an RBI double the sixth inning. He extended his hitting streak to a season-high nine games, piling up nine hits, four home runs and nine RBIs in the series, in which Houston took three of four.

Valdez (16-5) allowed four hits and two runs with seven strikeouts in six innings to pass Jacob deGrom (24 in 2018) for the most consecutive quality starts in a single season in MLB history. Valdez, who threw his first career shutout in his last start, is 15-4 during this streak, which began April 25.

Maldonado tied a career-high with his first four-hit game since 2015 and scored four times for the first time in his 12-year career. He singled three times before smacking a three-run homer to the seats in left field with two outs in the seventh to make it 11-2.

The Astros jumped on rookie Ken Waldichuk (0-2) early as he was tagged for five hits and five runs in 2 2/3 innings in his fifth career start.

Dermis Garcia had a two RBI double in the sixth, but the Athletics couldn’t get much else going on offensively as they lost for the fourth time in six games. They didn’t get a hit until Shea Langeliers singled with one out in the fifth, but Valdez sat down the next two batters.

Nick Allen and Tony Kemp hit consecutive singles to start the sixth before Garcia’s double scored them both to cut the lead to 7-2.

Athletics: OF Ramón Laureano was placed on the injured list with a strained right hamstring. INF Jordan Diaz was recalled from Triple-A Las Vegas to take his spot on the roster. Diaz made his major league debut and got his first hit on a single with one out in the seventh.

Athletics: JP Sears (2-2, 5.13 ERA) starts for Oakland in a three-game series against Seattle. The Mariners haven’t announced their rotation for the series.