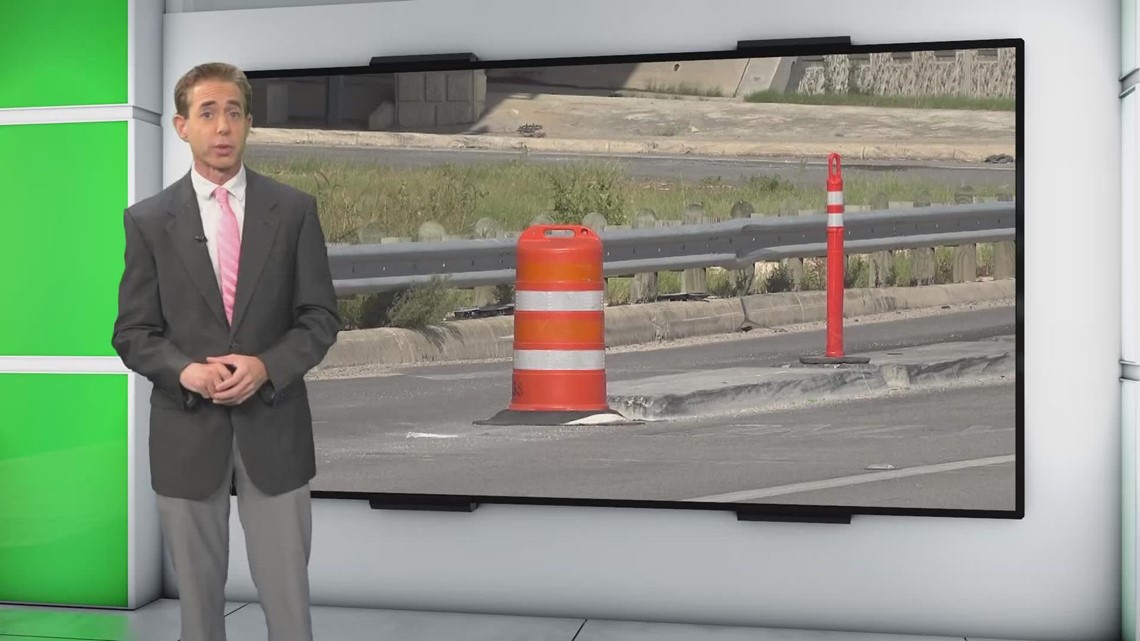 Yes, a concrete barrier is causing damage to cars.

SAN ANTONIO — San Antonio is growing at such a rapid pace that construction projects are constantly ongoing across the city.

Tonight’s Verify comes from a post we saw on next door that was posted by Scott Southwell, a realtor with EXP Realty of San Antonio. He posted…”Be careful using the Camp Bullis Turnaround at IH-10. Last night my wife and I were at the Exxon/7-11 (next to Oak Hills Church) getting gas. A lady drove into the parking lot with two flat tires!!! Then another car came in with a flat tire.”

Is there something on the road that drivers are hitting at the Camp Bullis turnaround that is causing damage to cars?

We drove to the turnaround in question and saw the concrete structure Southwell was talking about, and had it confirmed by Lopez who told us, “We are aware of it and our staff is working with the developer and their contractor by reviewing their plans and correcting this issue.”

Lopez said this orange barrel and cone were recently placed there so motorists would avoid hitting that concrete barrier unknowingly.

So yes, it is true…There is something on the road that drivers are hitting at the Camp Bullis turnaround that is causing damage to cars.

Lopez also told us they have not been provided with the information about how long it may take to fix the problem, but drivers with damage from that concrete barrier can file a damage claim at txdot.gov.