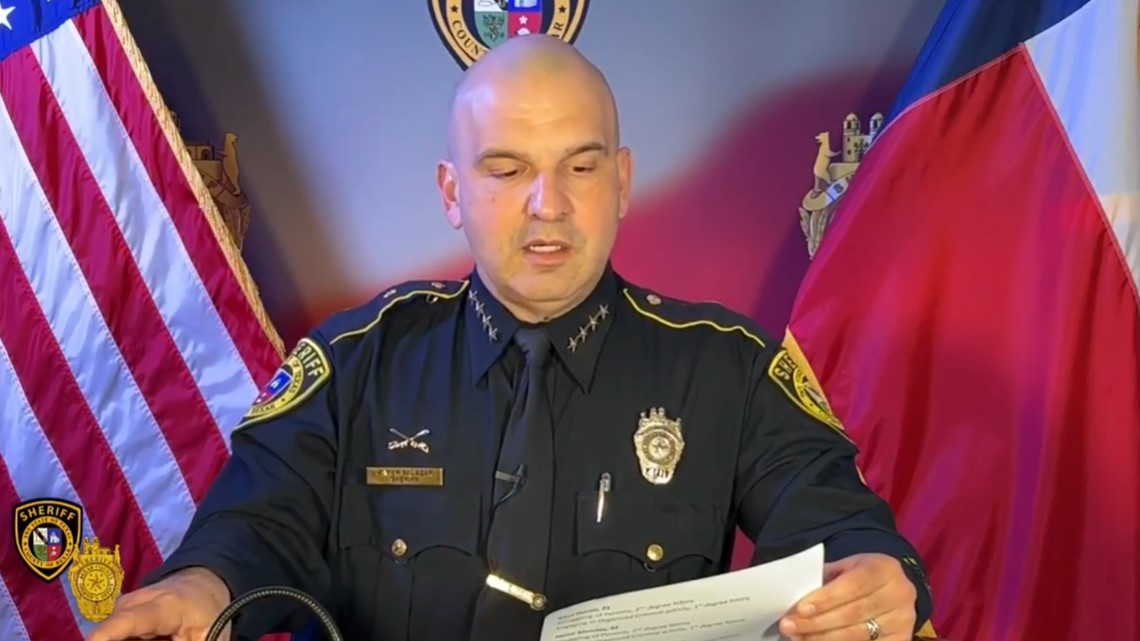 Officials found 11 migrants on one property along with weapons and a large amount of US currency.

Salazar provided the briefing about two cases that, while not connected, both took place this month. A total of 17 migrants were rescued as a result from the arrests.

Rosalita Lira, 52,was arrested and charged with six counts of human-trafficking, a second-degree felony.

Several weeks before the arrest, some people made a call saying there was organized crime located along the 1600 block of Hilcrest. However, Salazar says there was no evidence found of smuggling there.

Lira was identified after an undercover surveillance team noticed her in the presence of three young men who appeared to be Venezuelan.

Salazar says an undercover agent approached Lira and asked how much it would cost for some work at a residence. Lira gave a price and they agreed to meet at the location.

Once agents arrived at the house they revealed themselves as undercover cops and the three young men separated from her.

Salazar says it was then uncovered that the three young men worked from sunrise to sunset and “paid what amounts to slave wages.”

“They showed their hands which were torn up from having been forced into manual labor,” Salazar says.

Police also found three more men at a separate location that had been working for her that providing the same story as the other migrants.

Officials say other arrests could be made in connection with this case.

“This is going to be happening more frequently as this is a very vulnerable population,” Salazar said.

The six migrants are not facing any criminal charges at this point as Salazar says they “were taken advantage of”. Their names were checked with a federal agency and have been taken to a shelter.

Six men were also arrested for human-smuggling after 11 migrants were found at a property on the west side in early November, according to Salazar.

They were taken into custody on Nov. 4, along the 3000 block of Perez Street.

Salazar says they had information about trafficking in that area were able to obtain the driver of a vehicle their surveillance team noticed leaving the location.

Officials found 11 migrants on the property along with weapons and a large amount of US currency.

Salazar says the reason they were able to make so many arrests was because there was supposed to be some typed of money exchanged at that location.

“It was a very productive day for us,” Salazar says.