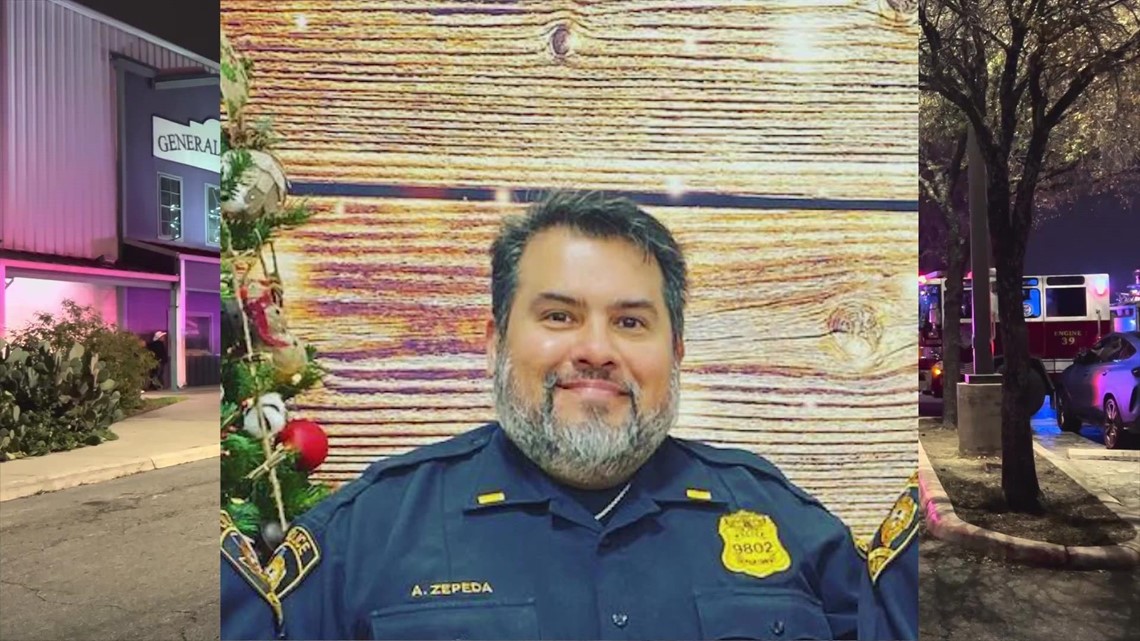 SAN ANTONIO — A Von Ormy police officer run down by a vehicle early Monday is on the road to recovery.

The preliminary San Antonio police report states just before 2 a.m., Zepeda was attempting to detain a woman in the parking lot of the club who had been accused of assaulting a staff member.

The report says 31-year-old Saul Jaime, who was with the woman, got into his vehicle and intentionally hit Zepeda, pinning the officer between two vehicles.

The other Von Ormy officer tried to pull the woman out of harm’s way, but she too was struck by the vehicle.  The report details how the woman suffered a head injury that knocked her unconscious.

The radio transmission of the incident is chilling with one officer breathlessly calling for help for his injured friend.

“I’m working off duty at Cowboys Dancehall,” the officer urged, continuing, “I’ve got an officer down! He’s been hit by a car! I need EMS here! ASAP!”

Police said after the attack, the driver sped from the scene, but he crashed less than two miles away.

Jaime is jailed on charges of aggravated assaulted on a public servant, DWI and violating a protective order or bond.

Online records indicate his bonds total more than $100,000, but a spokesman at the jail said Jaime will not be released on bond because the U.S. Marshal has placed a hold on him.

“He called me up.  It must have been right as he was released from the hospital and he said ‘Hey Chief, I just want you to know that I’ll be late to work today.’  I said ‘Okay well don’t worry about work, make sure you go home.  You aren’t coming to work.’ I said go home, get some rest and you let me know when you are ready to come back to work,” Perez said.

Perez said with only four full-time officers, two part-timers and some volunteer officers on the force, when one person gets hurt, the entire department feels the impact.

“We are a close-knit department and I tell my officers we are not a department, we’re a family and so when somebody gets hurt we all feel it,” Perez said.

With regard to how quickly the incident turned dangerous, Perez said all his people know times are tough.

Perez said, “I always tell my officers you just never know when you might get into a situation that looks at the surface like nothing, but there’s a possibility it could turn deadly in a split second.”

The chief said in dangerous times, the support of the community makes a huge difference.

“When you go in the store people still say thank you for your service, that’s the payoff at the end,” Perez said, adding, “It makes you smile and get a warm fuzzy feeling to know that people appreciate us. It’s not all negative. The bad guys don’t win, the good guys always win.”

The Chief said Zepeda is expected back at work on Friday.  He said all thoughts and prayers and positive energy are appreciated.