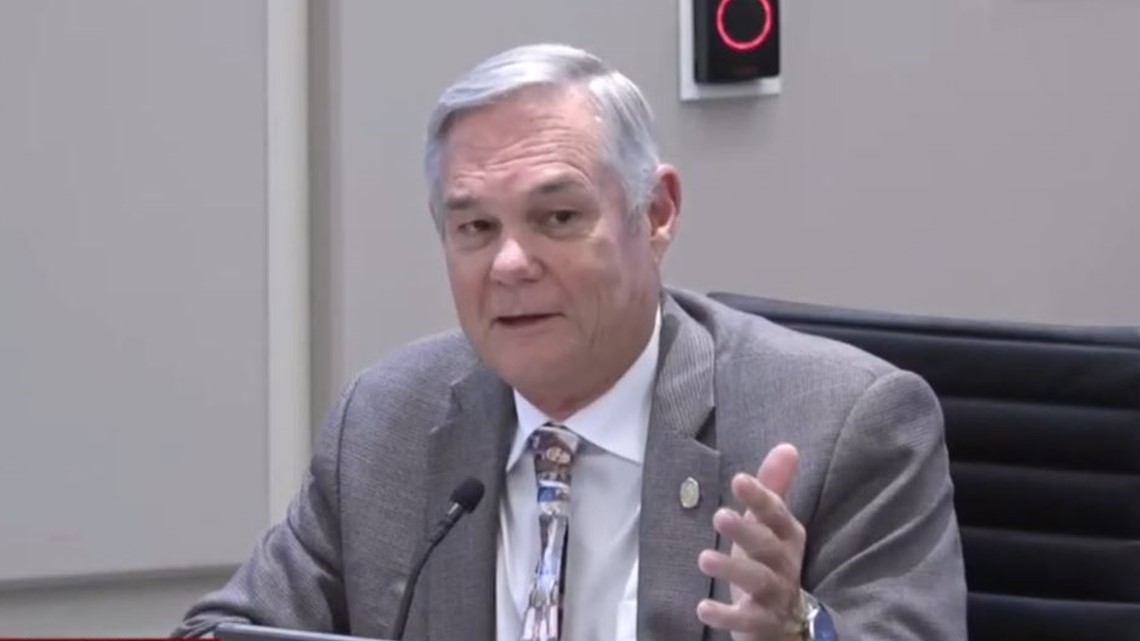 This comes a day after Perry issued a statement that was “fully cooperating with everyone to resolve it properly.”

SAN ANTONIO — A warrant has been issued for San Antonio District 10 City Councilman Clayton Perry over his alleged involvement in a hit-and-run accident.

Police Chief William McManus confirmed to KENS 5 that Perry faces a charge of failure to stop and give information, which is a misdemeanor. McManus said he believed Perry was making arrangements with his lawyer to turn himself in.

The accident happened Sunday. A police report says the driver of a Jeep Wrangler turned too wide on Sunday, going into oncoming traffic lanes. A vehicle that was waiting at the red light was hit, “causing major damage,” the report stated. This was about a half-mile from Perry’s house.

McManus confirms detectives executed a search warrant at Perry’s home Wednesday night and seized his Jeep Wrangler, which they believe was involved in Sunday’s crash.

McManus emphasized that Perry has received no special treatment during the course of this investigation. McManus said the delay in the arrest was due to the police department’s effort to develop probable cause.

Because an officer did not witness Perry behind the wheel of the Jeep at the time of the crash or at his house, McManus said they needed time to develop witness statements and evidence.

McManus said they are looking at developing evidence for a charge of driving while intoxicated related to that same Sunday incident.

Perry issued a statement Wednesday that he was “fully cooperating with everyone to resolve it properly.”

“I clearly hit my head and don’t really remember it,” his statement to KENS 5 reads. “The next morning, I went to the doctor and spent a day and a half at BAMC for observation and treatment. I’m sorry for the hassle this is causing everyone and I’m fully cooperating with everyone to resolve it properly.”

On Tuesday, Mayor Ron Nirenberg’s office released a short statement: “If the details in the police report regarding Sunday night are accurate, Councilman Perry should resign.”