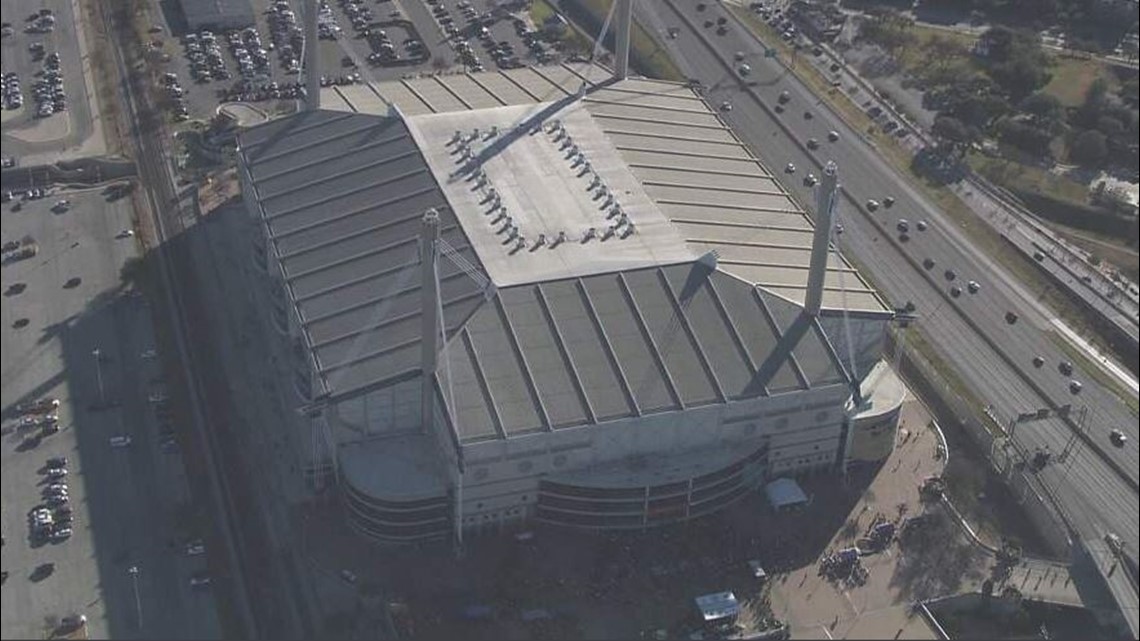 SAN ANTONIO — After months of anticipation, the hometown Spurs and defending champion Warriors will play in front of 65,000-plus NBA fans at the Alamodome Friday night in what’s expected to be the biggest regular-season crowd in league history.

Doors about to open at the @Alamodome pic.twitter.com/LX2zldwBSc

Meanwhile, we got an early look at the stage where the Spurs and Warriors will play.

The calm before the record setting chaos! #Spurs 🏀 pic.twitter.com/pLHbTFb19G

Attendees were also amassing at VIA Park and Ride’s Crossroads location Friday afternoon before being bussed to the Alamodome.

Buses filling up three hours before tip-off at the ‘dome 🏀 We bought our park-and-ride tix on the @VIA_Transit mobile app and skipped the ticket line 💪🏽 #PorVida pic.twitter.com/M6USwCh0Er

Been waiting for the bus all day! Not. This was super fast! @VIA_Transit #GoSpursGo #KENS5 pic.twitter.com/uaMKalVwxp

Tipoff is set for 6:30 p.m. Click here for five things to watch out for in the game, and here for parking and transit options.

>MORE “BACK HOME IN THE DOME” COVERAGE: