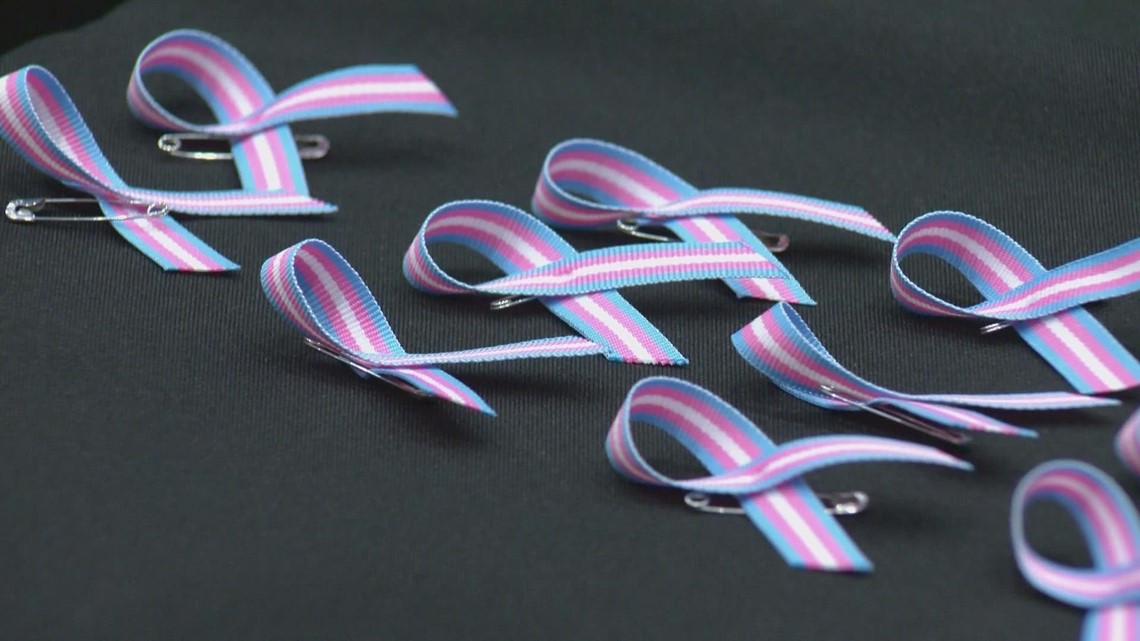 The group also paid respects to the victims in the mass shooting in Colorado Springs that happened at the LGBTQ+ nightclub. Five people were killed and more than dozen others were hurt.

Eli McCullen is a Financial Education Coordinator at the university and organized the event.

“There is so much heaviness weighing on me today,” they said. McCullen reacted to the news out of Colorado Springs, but also talked about the importance of the event, in its fourth year.

“We are here to the mourn the losses of 34 trans people and non-binary people who were lost in violence this year,” they said.

The people who showed to the memorial placed a white rose to honor and remember the life lost. They don’t want anyone to forget the 34 names as well as the countless others too.

Gideon Del Rio, President of San Antonio Gender Association, spoke at the event and also reacted to the mass shooting.

This community said their fight only gets louder. They continue to push for belonging, equity, and safety. They say they stand together to say no more hate. How to stop the violence and bring change? McCullen and Del Rio admit that’s tough to answer. But, the conversation has to start now.

“It starts with getting to know everyone around you,” McCullen said. “And not be afraid of people you don’t understand or don’t know.”

“We need to recognize the humanity against one another,” Del Rio said. “We are out there. And we are not going anywhere.”