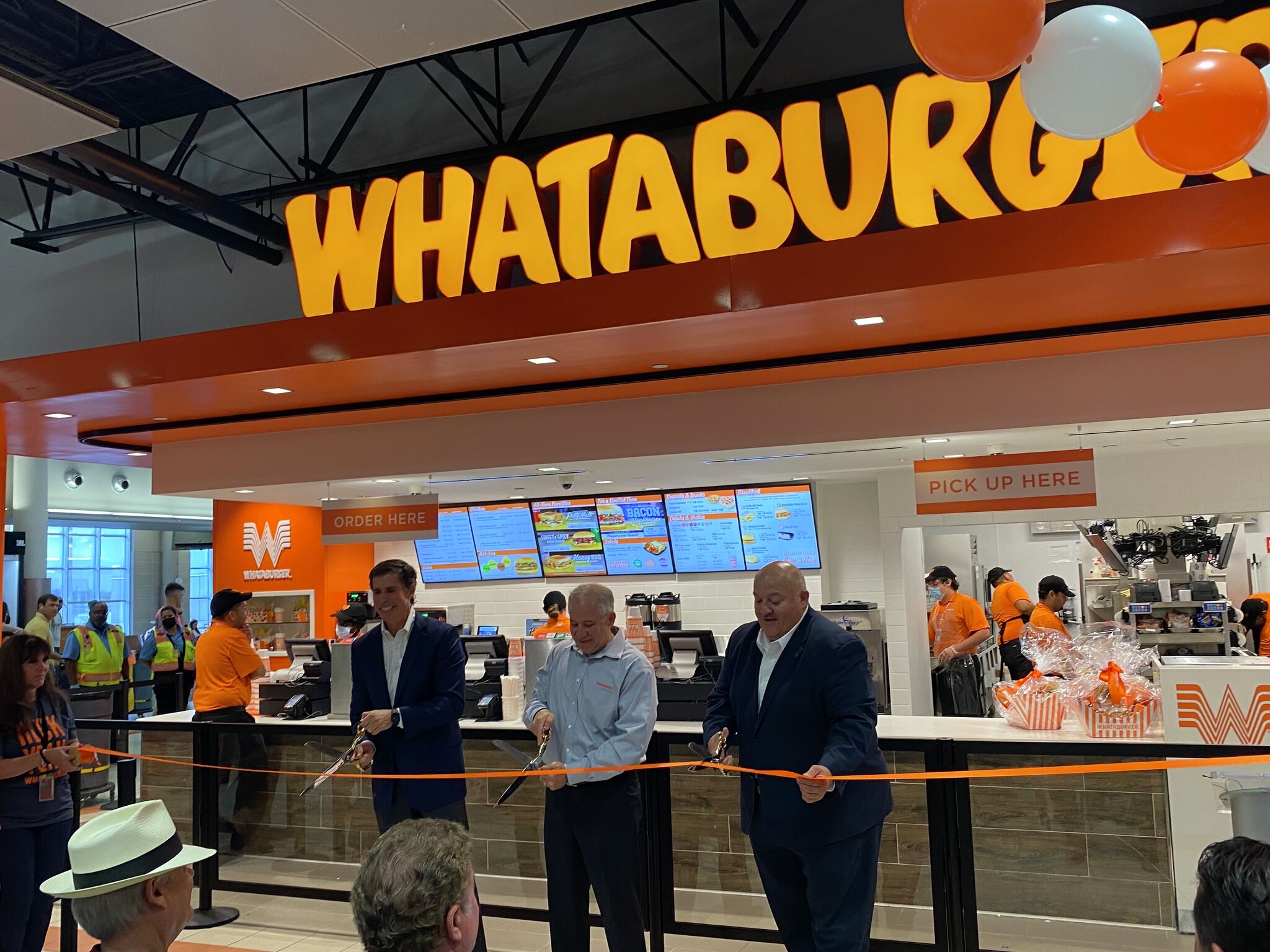 The restaurant will be in the airport’s Terminal A, which is also home to local restaurants like La Gloria, Smoke Shack, and Rosario’s. Now passengers can cure their Whataburger cravings right outside their gate on their way out or into the Alamo City, rather than making a pit stop at the location off U.S. Highway 281.

“Ever since we announced the grand opening of Whataburger, I’ve talked to people near and far who are thrilled about the opportunity of having our hometown favorite here in San Antonio at the international airport,” Jesus H. Saenz, Jr., director of airports, San Antonio Airport System, said at the grand opening. “We’re so excited about this partnership.”

Erik Walsh, San Antonio city manager, also spoke about his excitement on the new addition to the airport. He noted that now Whataburger can reach every person who’s coming into San Antonio, as well as the locals who come and go.

The fast-food company filled the open space that was originally planned for Chick-fil-A. In 2019, City Council denied Chick-fil-A a spot in the airport. Conservative activists sued San Antonio claiming that it violated Texas’ “Save Chick-fil-A” law in 2019. However, the Texas Supreme Court ruled that the conservative group didn’t present evidence of a violation.

In April, Whataburger also expanded its wings at the Dallas-Fort Worth Airport by adding a second location in Terminal D, which serves international carriers. It’s the second Whataburger at the airport as the first opened at Terminal E in 2019. The chain also has locations at Love Field and George Bush International Airport.

Expansion plans continue to kick off for Whataburger after the company was bought by Chicago-based BDT Capital Partners in 2019.