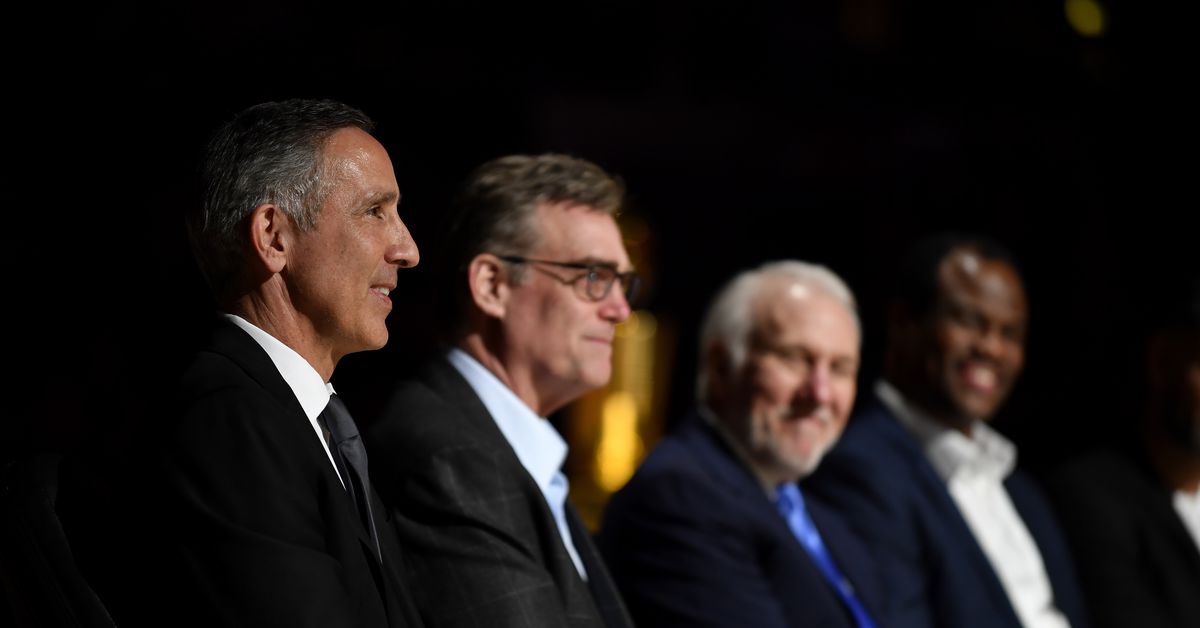 Chip Engelland, shooting guru and long-time Spurs assistant coach, has left the franchise to join the Oklahoma City Thunder. His exit doesn’t come as a huge surprise, since it had been reported that he was going to depart after his contract ended, but it does suggest that there might be more turbulence in San Antonio than previously thought.

First, the optics are terrible. Losing someone who has been so interlinked with the Spurs’ success in developing players as they embark on a full rebuild is hard to defend. Moreover, the move comes as the latest in a brain drain that has been going on for years in San Antonio and seems to point to a cost-cutting trend that goes beyond the norm, even for a Spurs franchise that has always been financially conscious.

Here’s what we know. Back in early July, Bleacher Report’s Jake Fischer reported that Engelland was going to leave the franchise once his contract ended. The news came as a bit of a shock then, but considering Engelland has been a Gregg Popovich lieutenant for almost the entirety of his coaching NBA career, an exit in the upcoming offseason was always likely, since Pop will not roam the sidelines for much longer. A breakup caused by Engelland simply deciding to move on and look for other challenges would have been bittersweet but understandable. The reason for his departure as reported by ESPN’s Adrian Wojnarowski, however, makes things more unsavory. Engelland apparently wanted to stay badly enough to try to secure a new deal with the Spurs, but the two sides couldn’t come to an agreement. The important question to ask is why that happened.

There’s no salary cap for coaching staffs, and by all accounts, Engelland is great at what he does. He’s reportedly one of the better-paid assistants in the league, but his track record speaks for itself. From Tony Parker and Kawhi Leonard to Keldon Johnson, young players have improved consistently in San Antonio under Chip’s guidance. The Spurs recently drafted two high-ceiling prospects in Jeremy Sochan and Blake Wesley who will likely need to improve their range to reach their maximum potential. If Engelland was actually willing to sign a long-term deal to help them do it, ownership should have made it happen. The Thunder, who are only slightly ahead of San Antonio’s schedule in terms of a return to relevance, apparently opened up their wallet to get a competitive advantage, and going by the reports, it seems fair to infer the Spurs simply weren’t willing to do that.

All signs point to frugality as the driving reason for the breakup, or at least a laser focus on the money aspect of things which has been pervasive recently with the Spurs. Some of the decisions, like looking for games in other cities even if it means giving up the home court advantage, are understandable coming from any small-market team. Reducing payroll and reportedly being hesitant about eventually having to max out Dejounte Murray is fully defensible from a basketball perspective since the team is rebuilding. Even letting Engelland leave, on its own, would not be too worrisome. However, all of those moves put together paint of picture of a franchise that is trying to reduce spending while increasing revenue as much as possible even if it comes at the expense of the on-court product. There’s no need to jump to conclusions about the owners’ commitment to winning in the long term just yet, but it’s something to monitor going forward.

Beyond any speculation about the financial state of the franchise — which is valued at almost $2 billion, for what it’s worth — what Engelland’s departure brings to the forefront is the constant brain drain that’s been going on with the coaching staff in San Antonio. The flip side of the Pop coaching tree extending as vastly as it does is that people keep branching out away from the Spurs. Engelland joins Becky Hammon, Will Hardy, Ime Udoka, Ettore Messina and James Borrego in the list of former Spurs coaches who have joined other teams in just the past five years. Engelland was never likely to fill the big chair on the bench, and Brett Brown’s return does shore up the “corporate knowledge” deficit the constant staff turnover has created, but it is clearly becoming increasingly awkward to balance the timelines of the rebuild and the end of Gregg Popovich’s career.

The front office seems to be walking a tightrope between trying to respect the old guard and building something of its own. Getting rid of Popovich is rightfully off the table, so they are tinkering with the roster and the rest of the staff for now, but could that change soon? Going by recent decisions, it would still be too bold to say that they are nudging him towards retirement, but they do seem to be not-so-subtly signaling that they want to continue to move towards a full reset at their own pace. The hope is that a balance will be found that allows Pop to help with the transition before moving on, but his contract will expire next summer. Will there be awkwardness in the negotiations between the parties caused by either a reluctance to spend or a desire to shake things up, just like there seemingly was with Engelland?

The fact that scenario is even conceivable is shocking, but maybe it shouldn’t be. These are not the old Spurs. The Big Three is gone. So are Kawhi Leonard, LaMarcus Aldridge, and even Dejounte Murray. There is a different Holt at the top, R.C. Buford is not the general manager anymore, and now Chip Engelland is out.

After refusing to move on from an era of unmatched success at a steady pace, the Spurs have seemingly started sprinting towards the future, for better or worse. Hopefully they don’t confuse motion with direction.