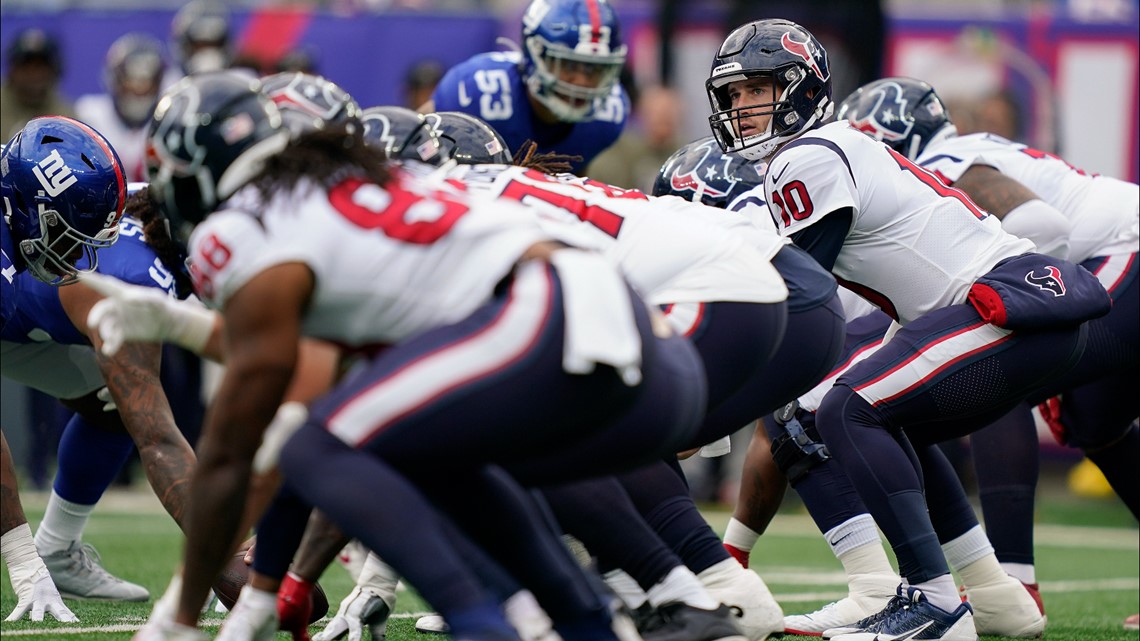 Jones, who was 13 of 17 for 197 yards, hit tight end Lawrence Cager on a 9-yard TD pass and Darius Slayton on a 54-yard catch and run as the Giants (7-2) tallied on their opening possession of each half in building a 14-3 lead.

The Giants defense preserved the win, forcing two red-zone turnovers in the fourth quarter. Linebacker Jaylon Smith recovered Dameon Pierce’s fumble at the 11-yard line and Dane Belton intercepted Davis Mills’ pass in the end zone, one play after Houston lost a TD pass to Brandin Cooks because of a holding call.

The last field goal cut the lead to eight points with 7 seconds to play but Adoree Jackson recovered the onside kick to seal the win.

Pierce ran for 94 yards and had two catches for 28 yards for the Texans.

Cager was elevated from the practice squad for the game and the TD catch was the first of his brief four-game career, three with the Jets. He also recovered an onside kick after Fairbairn’s second field goal. … Texans TE Jordan Akins had three catches for 72 yards. … Slayton finished with three catches for 95 yards.

No injuries were announced during the game.

Texans: Return home to play the Commanders on Sunday.