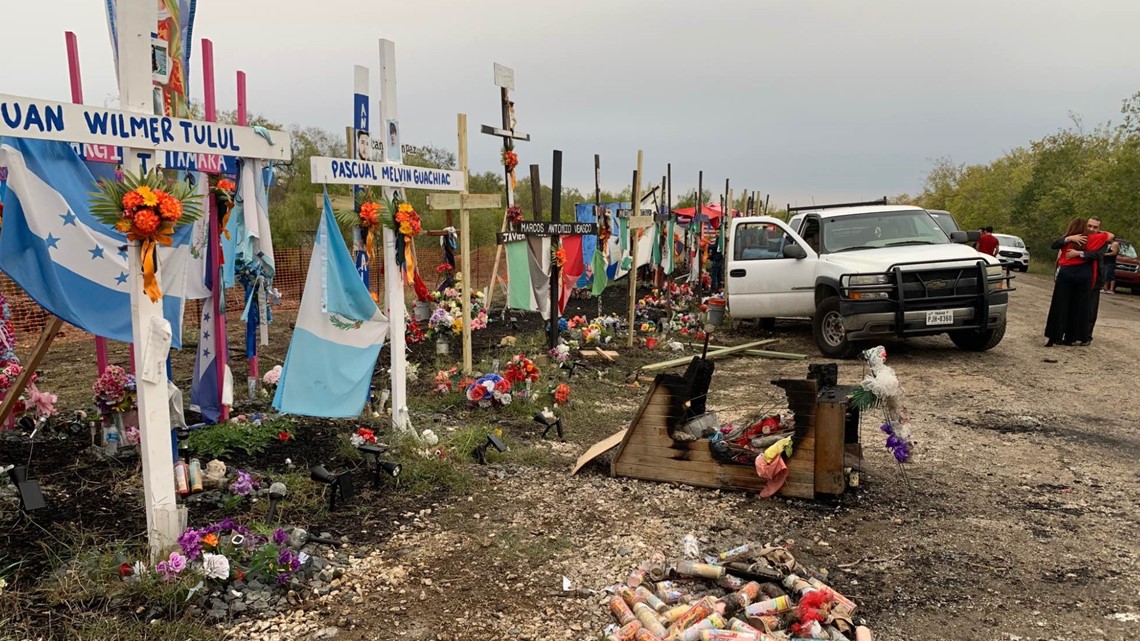 Saldana says the monument ‘was very personal’ to the City of San Antonio.

SAN ANTONIO — The video above was aired back in October 2022.

One woman has been arrested after a monument dedicated to migrant deaths was set on fire Tuesday morning on the far southeast-side, according to San Antonio Arson Bureau Lieutenant Noe Saldana.

The woman has been identified by officials as 44-year-old, Estela Banda.

Saldana says firefighters were called to the scene at the 9500 block of Quintana Road for an unauthorized burn around 6 a.m.

The fire was extinguished and arson investigators were called out to the scene.

Officials say during the investigation an arrest warrant was obtained for Banda and brought in for a statement where she admitted to setting fire and destroying the monument.

Banda told arson investigators that she was ‘compelled by the Holy Spirit’ and that her reasoning for the fire was doing God’s work, according to Saldana.

Saldana says the monument ‘was very personal’ to the City of San Antonio.

“This is a very important arrest for our city, and for our division and fire department because of the nature of the heinous crime that was committed earlier this year,” Saldana says.

Banda was arrested and charged with arson which is a felony.

The monument was created after 53 migrants died in a tractor-trailer back in June 2022 and is considered the deadliest migrant smuggling event in U.S. history.