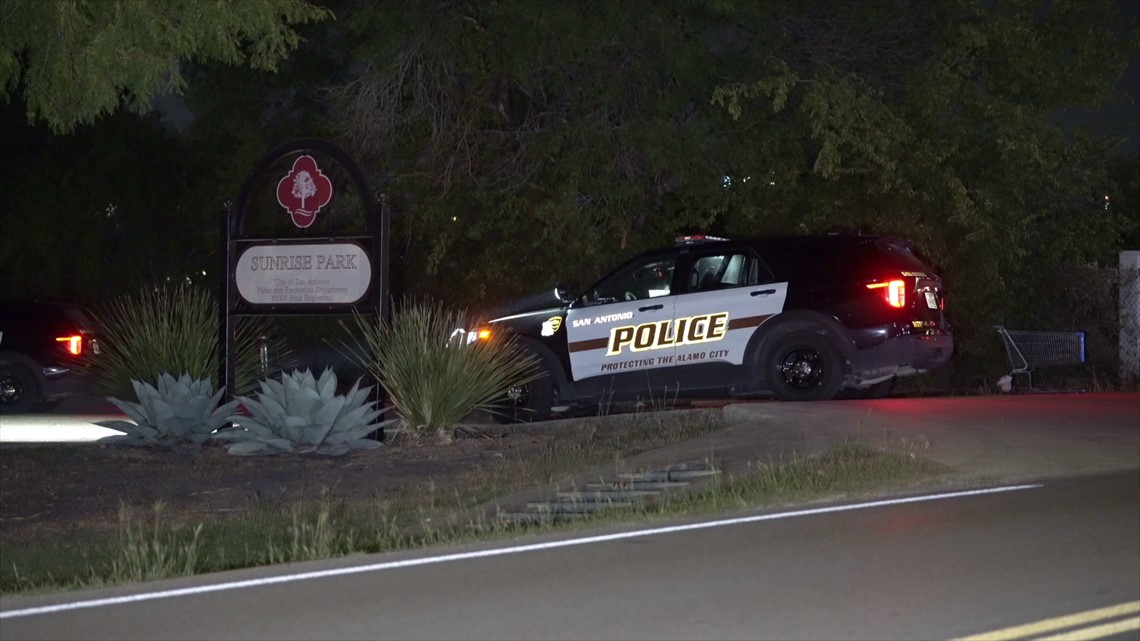 The victim told police she had been sitting with her husband at the basketball court when she heard what sounded like a firecracker and realized she’d been shot.

SAN ANTONIO — A woman was hit by a stray bullet while sitting at an east-side park with her husband.

Police were called out to the Methodist Converse Emergency Center at 6400 Mallard Meadow around 1:25 a.m. Wednesday for reports of a woman shot.

When officers arrived at the location, they found a woman in her 40s with a gunshot wound to the back of her leg.

As per hospital protocol, the emergency room called police to report the shooting.

The victim told police that she was sitting near the basketball court with her husband at Sunrise Park located on Glacier Sun when they heard what sounded like fireworks.

The woman realized she had been shot and her husband drove her down the street to the hospital.

Police went by the park and secured the crime scene near the basketball court.

Officials say they have not been able to find a possible suspect.

The incident is still under investigation.