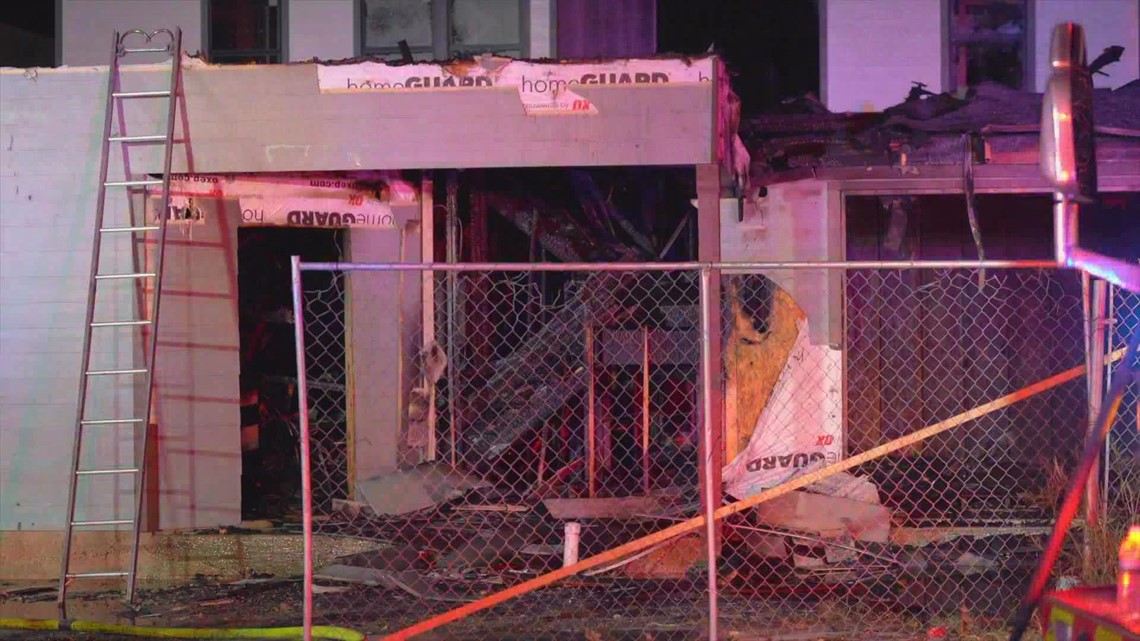 At least 16 units responded to the heavy fire, that took firefighters about 25 minutes to contain.

SAN ANTONIO — Officials are searching for a possible arsonist after an east-side home went up in flames overnight.

It happened on South Gevers Street at Aransas Avenue around 9:40 p.m. Wednesday.

Officials say a woman was taken into custody and some gasoline-soaked rags were found. at the home, which is on a block with other newly built homes.

The batallion chief says he was leaving the firehouse garage when he noticed flames from a distance and immediately called for help. About 16 units responded to battle the blaze.

When firefighters got to the scene, they found heavy flames and smoke coming from the two story home, which was newly built.

Crews used a ladder truck to spray the large flames, which took about 25 minutes to get under control.

Their main concern while trying to put the fire out was to prevent the fire from spreading to other new builds on the block.

As fire crews checked the scene, they found a woman in the back of the burning home, lying on the grass in a fetal position.

She was taken into custody for questioning.

The batallion chief says they found rags soaked with gasoline and spent matches in two other new builds while they were investigating the fire.

Fire investigators are working to figure out who and what may have caused that fire.

They took custody of the evidence and are now trying to link it to a potential arsonist.

This is an ongoing investigation.