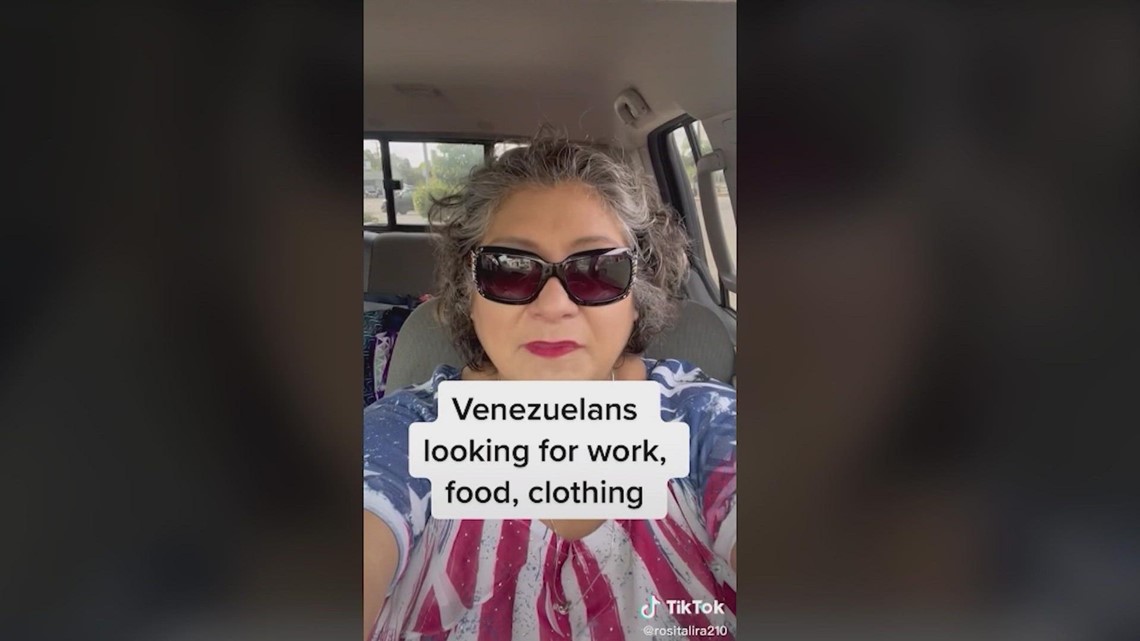 Saul Garza says his mother was wrongfully imprisoned after providing sanctuary to migrants who were seeking a better life.

SAN ANTONIO — We are learning more about a suspected human trafficking case.

Now, the woman’s family is speaking up. In an exclusive interview with KENS 5, loved ones say Rosita Lira did not profit. Her son, Saul Garza, says she provided a sanctuary to those seeking a better life.

“[Officers] took a very important person out of this community who had nothing but pure intentions,” said Garza. “My mom believed that everyone deserved an opportunity.”

Lira recently took in a group of Venezuelan nationals, according to Garza. He says she provided food, clothing and shelter. Garza also claims she helped them find work.

Last week, Lira was approached by an undercover investigator.

“Our organized crime group actually ran a warrant in the 1600 block of Hillcrest at a residence associated with Rosita,” said Bexar County Sheriff Javier Salazar during a press conference. “That day, we were unable to locate her. Undercover surveillance was able to see her in the company of three young men, who were later found to be Venezuelan migrants. Our undercover investigator approached and asked how much it would [cost] to get some work done at a house.”

Salazar says Lira gave the officer a price and brought the migrants to an agreed upon location. That’s when she was taken into custody, charged with six counts of human trafficking.

“These young men had been worked basically sun-up to sun-down by this suspect,” said Salazar, “and paid what amounts to be slave wages.”

Salazar calls the migrants ‘victims,’ and says their hands were torn from manual labor.

“People don’t know the full story,” said Garza. “My mom only wanted to clothe and feed them. My mom didn’t take any money from these guys. They earned every dollar, and most of the money they earned they sent back home to their wives. She sells insurance; life insurance. She doesn’t know how to run a ‘work crew.’ It’s sad how the world is today, especially here in San Antonio.”

Just weeks before her arrest, Lira posted this video on TikTok.

All six migrants were taken to a shelter, according to the Bexar County Sheriff’s Office (BCSO). Lira is being held on a $240,000 bond.

North Side bar damaged by early-morning fire; ATM being looked at as possible cause
Man arrested in shooting death of woman following fight at East Side bar, records show
Uvalde sheriff had vital information on shooter that he didn't share, new report says