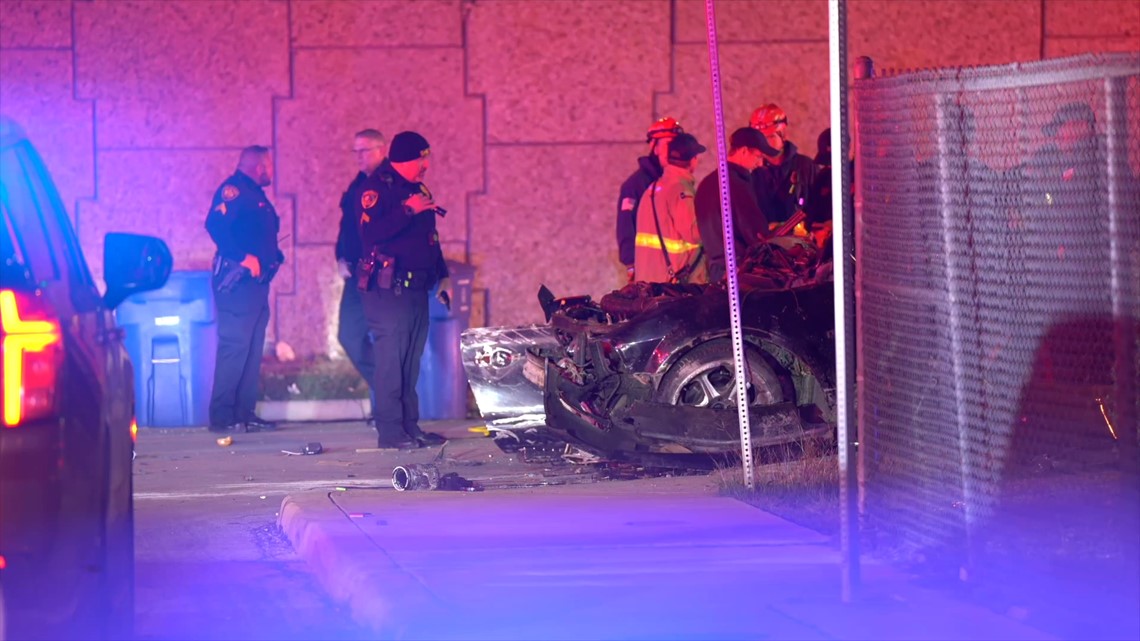 SAN ANTONIO — A woman was killed in a rollover crash near downtown early Thursday morning.

The Bexar County Sheriff’s Office reported that a car had flipped over the concrete barrier at I-35-South at the Frio exit on the large circular turnaround. just before 3 a.m.

According to BCSO, deputies noticed a driver going 40 mph on the interstate and told them to pullover using a loudspeaker. Deputies say it looked like the driver was going to pull over, but then decided to lead deputies on a chase instead.

As soon as the chase began, it was cancelled because the vehicle crashed, flipping over a concrete barrier.

His female passenger was killed in the crash. Her age has not been provided.

Officials say the car crashed into a memorial from one that occurred at this location last year.

This is an ongoing ivestigation.