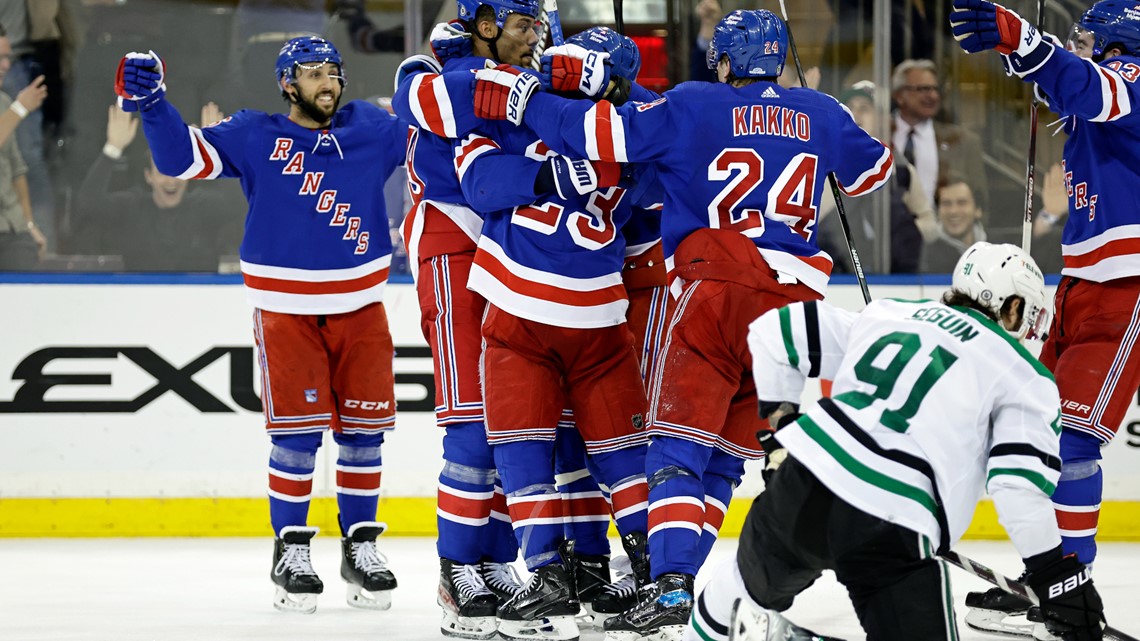 Adam Fox scored 1:16 into overtime after fellow defenseman K’Andre Miller tied it with 0.2 seconds left in regulation and the New York Rangers stunned the Dallas Stars 2-1 on Thursday night.

Jake Oettinger was tenths of a second from the shutout — and the Rangers hadn’t even managed a shot on goal with an extra skater on the ice — before Miller’s shot made it through for his fifth of the season.

Coming off a 4-3 shootout victory over Minnesota on Tuesday night, the Rangers are 13-2-2 in their last 17 games.

Dallas beat the New York Islanders on Tuesday in a shootout.

The Rangers are 9-3-1 against Central Division teams and 13-5-3 against Western Conference opponents overall … The Stars scratched injured forward Roope Hintz and defenseman Joel Hanley…. The Rangers scratched forward Chris Kreider (injured Tuesday against Minnesota), defenseman Libor Hajek and forward Jake Leschyshyn, who was claimed on waivers from Vegas on Wednesday.