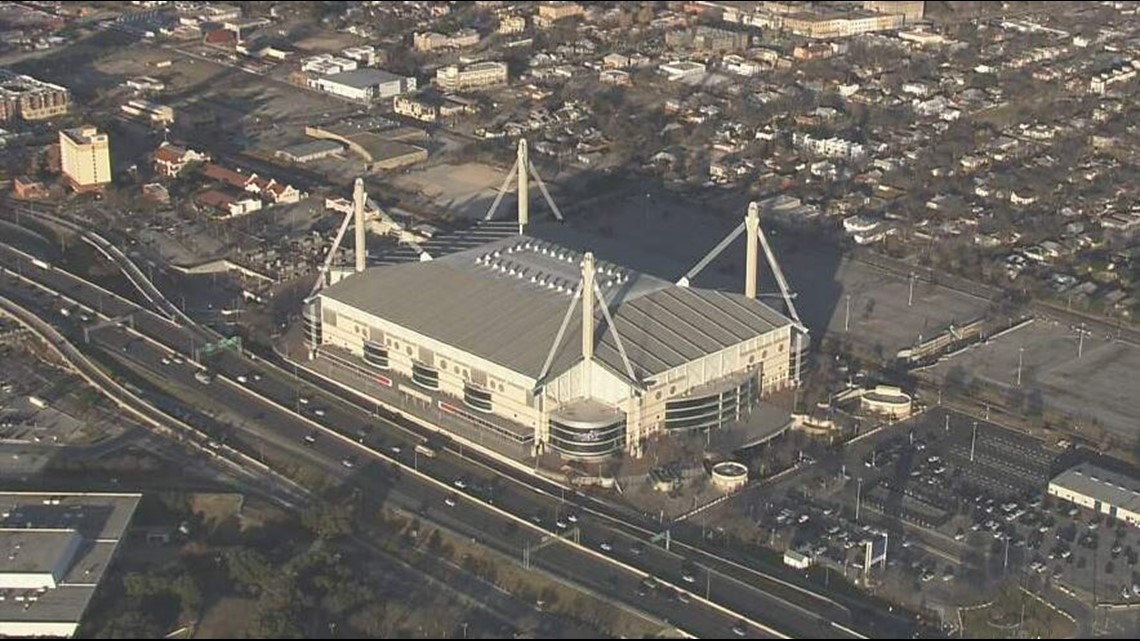 The website Buildworld got its list of “Top Ten Eyesore Buildings in the U.S.” from the percentage of tweets criticizing the buildings’ designs.

SAN ANTONIO — The iconic Alamodome, which holds so many memories for many people in San Antonio, popped up on a list of the top ten ugliest buildings in the country.

The list is from the the website, Buildworld, which got its list of “Top Ten Eyesore Buildings in the U.S.” from the percentage of tweets criticizing the buildings’ designs.

The Alamodome, just east of downtown in San Antonio, ranked ninth on the list.

Its design may seem ugly to some, but the unique cable stays at each corner were innovative for the time it was built. The Alamodome was the first stadium in the country to use them to support the enormous flat roof.

The Alamodome opened in 1993 and was the former home of the San Antonio Spurs, before the team moved to the AT&T Center in 2002. Last week, the team returned to the Alamodome in a historic game against the Golden State Warriors. A new record was set for attendance at a regular-season NBA game with nearly 70,000 fans present.

The building is also home to the Valero Alamo Bowl, which is one of the top college football bowl games. It reliably brings in top-ranking teams each year with healthy attendence numbers and a boost to the local economy. Looking ahead, the dome will soon be home to the newest San Antonio professional team, the Brahmas.

Other buildings making the ugly list include the number one pick of the J. Edgar Hoover Building in Washington, D.C. The number six pick on the list is the Trump Tower, which also made the list of the top ten ugliest buildings in the world.

Click here to see the full list of biggest eyesore buildings both in the U.S. and the world!