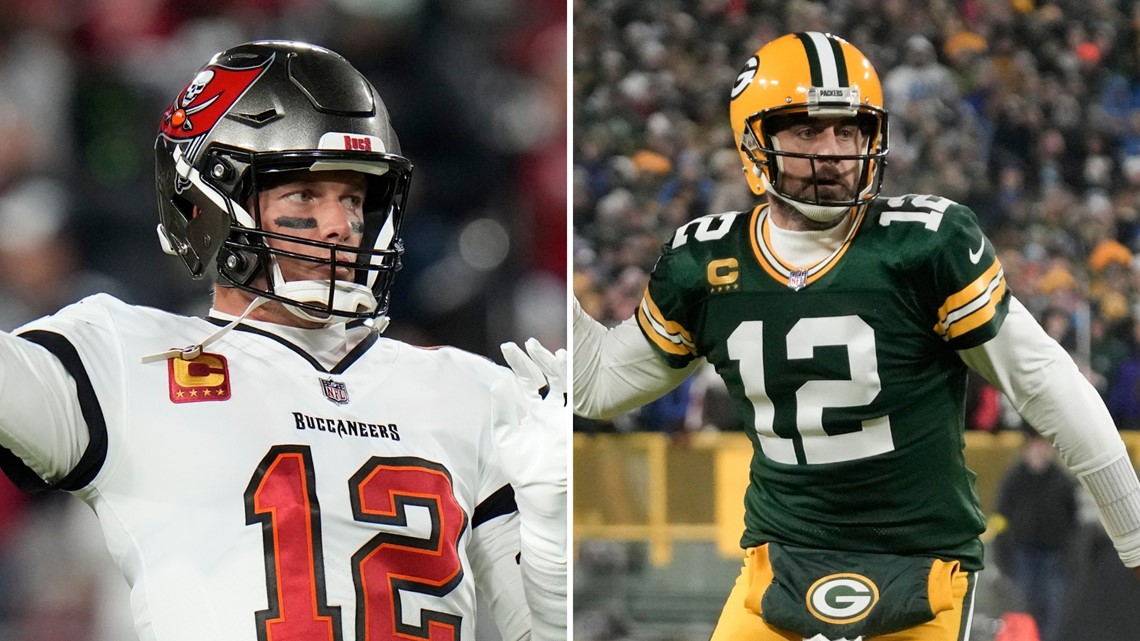 If you’re the Titans, who would you rather have, Tom Brady or Aaron Rodgers? Locked On Titans host Tyler Rowland says the choice is obvious.

NASHVILLE, Tenn. — NFL teams in need of a quarterback this offseason won’t be hurting for options.

The cream of the crop expected to be available this offseason includes two of the greatest to ever do it in Tom Brady, who is entering free agency coming off a down year with Tampa Bay, and Aaron Rodgers, who could end up available on the trade market if he decides he does not want to stick around in Green Bay as they may move on from multiple veteran players.

Among a handful of QB-needy teams is the Tennessee Titans. Tennessee went 7-10 last year behind aging veteran Ryan Tannehill, as well as backups Joshua Dobbs and rookie Malik Willis, who threw a combined zero touchdowns and three interceptions in eight games.

For Tyler Rowland, the host of the Locked on Titans podcast, the choice for Tennessee is simple.

“If the Titans have the choice between trading for Aaron Rodgers or signing Tom Brady, I think it is obvious that they should sign Tom Brady,” Rowland said. “Let’s start with this, the price to get a player. If you go trade for Aaron Rodgers, you’re going to have to give up draft capital…so already you’re going to have to give up more than if you sign Tom Brady.”

SUBSCRIBE to the daily Locked On Titans podcast, free and available wherever you get your podcasts!

Locked On has a DAILY podcast covering EVERY NFL team, find yours today!

Rodgers made it clear he’s willing to play somewhere other than Green Bay next season, but a team will have to be willing to part with some kind of draft capital while also taking on the astronomical $58.3 million compensation package coming Rodgers’ way for 2023.

Meanwhile Brady is coming off a down year with the Bucs, and at age 45 going on 46, it is fair to wonder if he still has enough in the tank to take over as quarterback for Tennessee.

Brady led the NFL in completions each of the last two seasons, but his touchdown-to-interception ratio of 25-to-9 last year left a lot to be desired, as did Tampa Bay’s 8-9 record and NFC Wild Card round exit.

Still, Brady’s lower cost, lack of draft pick compensation, and general attitude give him a significant edge amongst the two future Hall of Famers, says Rowland.

“I’m not saying either of these routes are the route the Titans will go, but it’s not even close,” Rowland continued. “Sign Tom Brady, the best quarterback of all time, who is going to be cheaper, not cost you draft picks, has a better relationship with his teammates, and loves football more.”

Locked On has a DAILY podcast covering EVERY NFL team, find yours today!