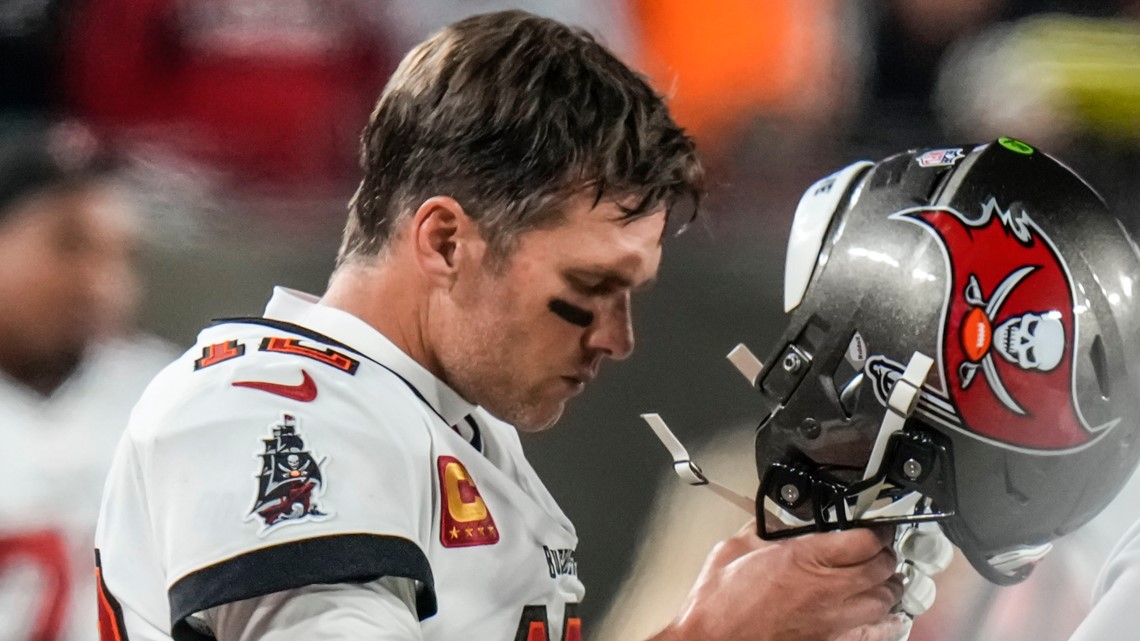 The NFL says Tom Brady was given the hefty fine for trying to trip a Dallas player Monday night.

TAMPA, Fla. — Tom Brady, also known as the G.O.A.T., has won seven Super Bowl championships and led Tampa Bay to the NFC South division title in the last two seasons, but those stats do not put him above the NFL’s rules.

The league gave Brady a hefty $16,444 fine for his “unnecessary roughness” after he tried to trip Dallas safety Malik Hooker during the third quarter of the Bucs’ playoff loss Monday night, the NFL said on its website.

According to CBS Sports, Brady earned a $46,500 paycheck for making the wild-card round, but with the fine, he’ll have to give up about 35% of that money.

Wide receiver Chris Godwin’s fumble in the third quarter led to the eventual fine for Brady. Hooker recovered the ball for the Cowboys and the G.O.A.T. attempted to slide tackle the Dallas safety while he was returning it.

The fumble was ruled out as the officiating crew agreed that Godwin was down before the ball was out of his hands, but Brady’s fine still stood.

The NFL also said that Tampa Bay center Ryan Jensen, who suited up for the playoff game for the first time this season after tearing his MCL during preseason, was fined $8,333.33 for his “unnecessary roughness” on the same play against the Cowboys.

This is the third time Brady has been fined in his career, including a punishment in Week 5 for attempting to kick Atlanta pass rusher Grady Jarrett.

The future surrounding the seven-time Super Bowl winner remains up in the air as he has not yet announced if he will stay with Tampa Bay for another season, retire or sign with another team. Should he choose to continue his unprecedented career with another team, there will be plenty of interest in a player who turns 46 in training camp next season.