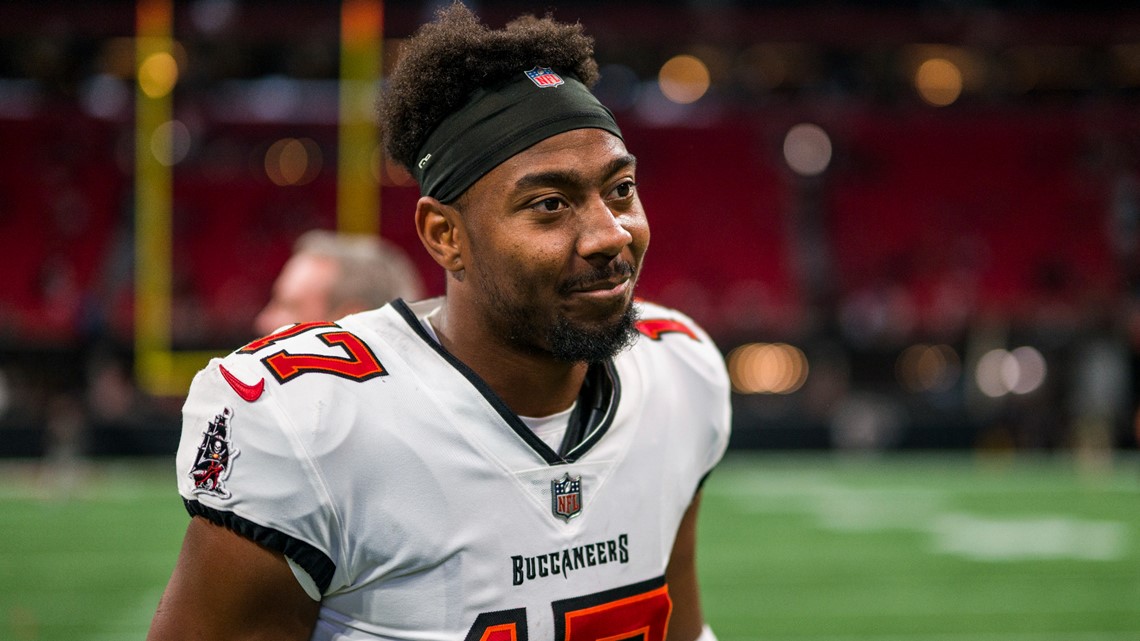 “He just has a concussion,” Head Coach Todd Bowles said. “His neck is fine and he has all of his extremities moving.”

Speaking at the Bucs’ end-of-season media availability, Bowles said that Gage’s condition is improving and that the player would be out of the hospital by Tuesday afternoon.

“He just has a concussion,” Bowles said. “His neck is fine and he has all of his extremities moving.”

On Monday night, the wide receiver was taken off the field by stretcher and carted off late in the fourth quarter after stumbling, falling to the ground and taking a shot to the neck from the Cowboys’ Donovan Wilson.

Gage was taken to an area hospital where he remained overnight for additional testing and observation, the Bucs said. He tweeted Tuesday afternoon, thanking everyone for their well wishes, and that he was “doing great and in great spirits!”

I appreciate all of the texts, calls, thoughts and prayers you all have expressed towards my family and I. I just wanted to let you all know that I’m doing great and in great spirits!

Earlier on Tuesday, the Bucs released the following statement:

“After suffering a neck injury and concussion during the fourth quarter of last night’s game, Russell was taken to a local hospital where he remained overnight for additional testing and observation.

“Russell has had movement in all extremities and will continue to undergo additional testing today. We will provide additional information as it becomes available.”

Gage was hit two weeks after Buffalo Bills safety Damar Hamlin collapsed and needed to be resuscitated on the field — a scary incident that also occurred on “Monday Night Football.”

Hamlin has made what doctors have called remarkable progress since then, visiting with teammates at the Bills facility on Saturday for the first time since he was discharged from a Buffalo hospital, according to The Associated Press.

More than $8.9 million in GoFundMe donations toward Hamlin’s toy drive fundraiser, which supports young people through education and sports, have been submitted since his hit on the field.

“Again, thank you for your thoughts, prayers and support during this time,” reads an update on the GoFundMe.